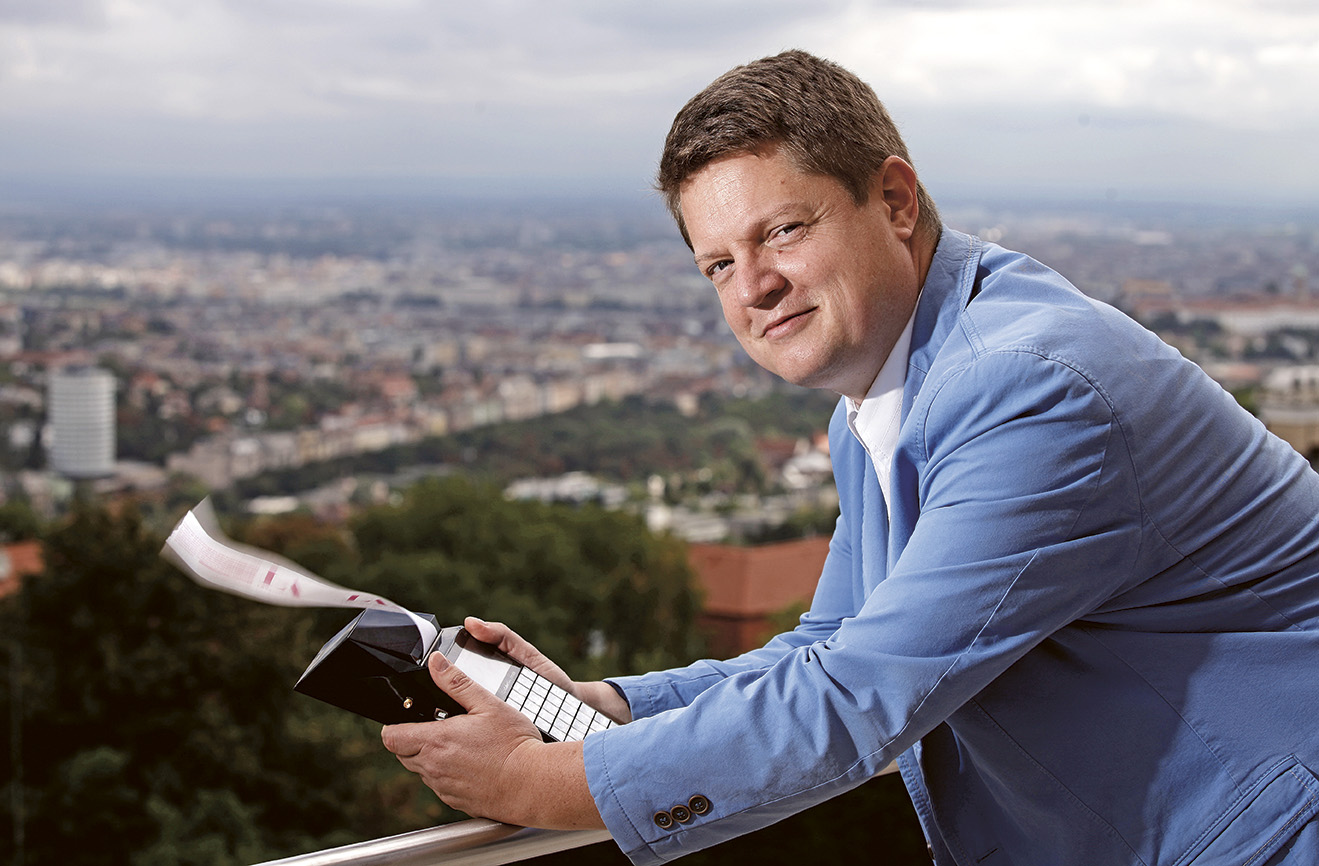 After an earlier successful exit and recent success with online tills, Zsolt Temesfői’s company aspires to conquer the world market in various sectors.

Serial entrepreneurs are as rare as hen’s teeth in this country. They are businessmen who after successfully building up and selling a company, go on to found a new enterprise, typically in a slightly different ﬁeld. Zsolt Temesfői is one of these businessmen: he built and managed GlobeNet, a company offering medical IT solutions, for the better part of two decades, before selling it to a multinational company for around 3 billion forints in 2012. Not the kind of person to spend the rest of his life on a tropical island sipping cocktails, he admits that ‘Something has to be done, something has to be created in life, this my inner drive’.

Tekinvest Holding Kft. was originally founded to invest in new venturess, hence the second part of the name, while the ﬁrst part is composed of the surnames of Zsolt Temesfői and his former partner, István Kácsor. In particular, they sought to engage in technological developments and the marketing thereof. Due to their prior experience with software and central data storages, they recognised the business potential lying in the government’s decision to introduce online tills within the retail sector. Their initial plan was to create the central system used by the Hungarian tax authority, but this was carried out as a public sector investment. It was then that they found a new focus: tills. Even though they commenced their development activity considerable later than others, their devices and ﬁ scal units with the brand name CashCube have gained a market share of 40 percent of so called small tills. (The number of small tills sold is currently approaching 170 thousand; whereas only approximately 36 thousand computer-based tills are operating across the country.)

The business is now ready to take orders from companies, for example car mechanics and music club operators, which are also required to use online tills pursuant to this year’s change in the tax laws extending the scope of mandatory users. The technology is now proven and CashCube is earning international recognition. Tekinvest has been licenced to use the Exynos 5 and 7 processors from Samsung, in its developments. Only two other companies in Europe and only a dozen global enterprises can boast such a distinguished achievement! The production of a series of mobile tills, 5000 units in total, is now underway, operating with Samsung processors.

However, this is only the beginning, since the Hungarian ﬁscal policy requiring retailers to use on-line tills linked to the Tax Authority, is regarded as an attractive model by policy makers in several other countries. Consequently Tekinvest eagerly looks forward to supplying global markets with its solutions. These include not only tills, but also the central units, which can be delivered – similarly to the system in Hungary – to any country in a turnkey fashion. However, that remains to be seen – quite a remarkable indication to the company’s performance in recent years. Turnover in 2014 was predominantly driven by the sale of small tills ahead of the legal deadline for installation. The passing of this deadline caused last year’s downturn. According to Zsolt Temesfői, the business follows an organic sequence of development and production-marketing cycles. The business year 2015 followed the same pattern as that of the preceding one, partly affecting this year as well. However, he expects a sales revenue of around 1.5 billion forints for 2016.

Expectations for the next few years are much brighter. Technologies developed by the company are not limited to their application in tills. The company’s sensors and other solutions may well be suited for various systems, including air conditioning systems control units, household automation systems, remote monitoring systems, support systems for media centres and even systems supporting e-commerce. Considering the ever increasing demand for the above systems, the founder and managing director anticipates a turnover of 8 billion forints by 2017.

The company’s ﬁnancing plans are in line with these particular considerations. They changed their bank recently, deeming it appropriate to choose an institution which offers more enhanced partnership for their intensive growth. Zsolt Temesfői regards it as a probable option that the company will later ﬁnd investors for the development of individual product lines. He does not rule out the possibility of an IPO either, but he believes that the company will ﬁrst need to achieve the proper size for that – he estimates this timeframe to be about three to ﬁve years.