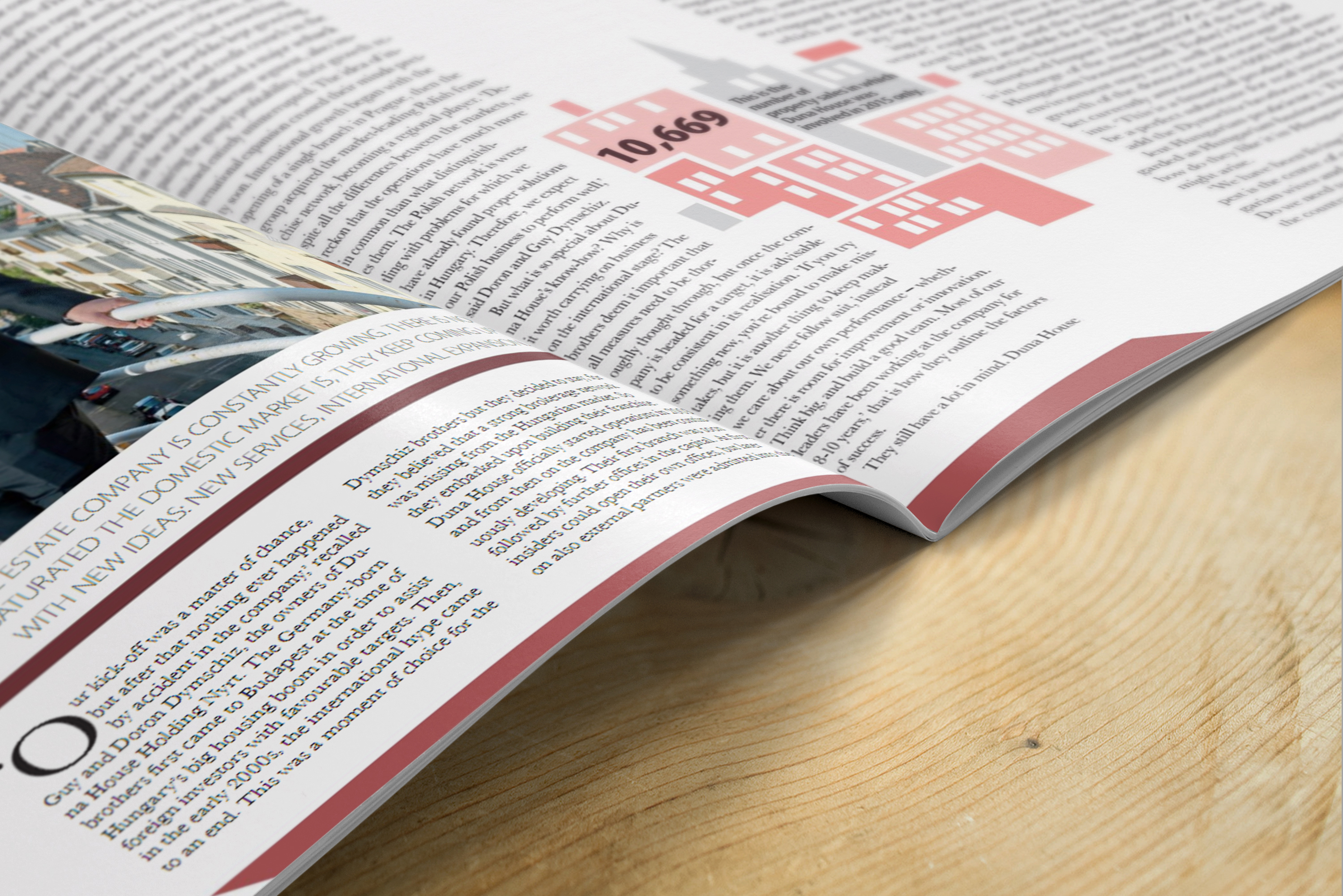 Being successful can have many faces also in the world of business. An enterprise can be successful as based on its size, dynamism, products, services, innovative solutions or attractive employment culture.

When compiling this publication, we chiefly focused on the long-term indicators of profitability. Our key concept was to showcase companies which predominantly have Hungarian majority ownership, or which had been lately Hungarian-owned and may serve now as models by their successful takeover. What we regarded as another major aspect for compilation is to largely include companies which stand an ample chance to be listed on the stock exchange – should they be not already listed. Having said that, we did not really intend to display high-profile, “celebrity” companies, instead we sought to turn the spotlight on – thus far – less noted players of the economy. In the assessment of performance, we attached a more highlighted significance to the various indices of dynamic growth and the novelty value of products, services and other features, rather than the growth of the company.

Based on the above, we made our selection from among SMEs, precisely from the category of medium-sized companies. In the first round of screening, we chose from a pool of several thousand companies operating with a headcount of 50–249 and producing a net revenue of 2.97–14.85 billion forints as based on the ranking method used by Figyelő ’s list of two hundred emerging enterprises. Within this range, we shortlisted companies considering such figures as return on invested capital (ROIC), earnings per employee (the sum of EBITDA and personal-type expenditures divided by the average headcount), as well as headcount and turnover growth rate. The screening, having regard to also Hungarian ownership, yielded around forty companies. We had a look at Figyelő’s TOP200 as well. Looking at the subset of large companies with a sales revenue of at least 35 billion forints, we identified about forty enterprises which have Hungarian majority ownership or a Hungary-based decision centre. Finally, we also examined promising start-ups. From among companies already standing on their own feet as well as those having the brightest and most interesting portfolio within venture capital funds, we ultimately put those into our selection which may add innovative products and inspiring solutions to the corporate variety herein displayed.

In the first round, we compiled a list of seventy companies, which were jointly reviewed by experts of KPMG and BSE based on their turnover and corporate scorecard. Operational transparency was yet another aspect to be taken into consideration. In the spirit of sectoral diversity, expert colleagues of BSE and KPMG as well as business journalists of Figyelő finally put together a table of companies worth visiting for an interview. The companies’ willingness to cooperate in the production of this material was regarded as another aspect. For we consider openness and transparency as key factors to the success of a possible listing – we did not want to display companies hiding for whatever reason.

Relevant indices of turnover and EBITDA are based on information contained in data bases of KPMG and Figyelő, as well as those of Bisnode and Opten. Concerned parties have been duly consulted in this respect. The story of the fifty most successful companies is based on interviews made with company executives. Once the whole material was ready, we tried to find overlaps and cross sections in the stories. Using the features that the respective companies have in common, we drew up Venn diagrams of the following two pages, and compiled various groupings as seen on pages 30 and 52-53 of this issue. These are rather subjective, playful associations rather than guidelines to success. As noted above, many different ways can lead to success. Therefore, we firmly believe that our proudly-cherished job, the publication of success stories will continue in the following years, and that the Hungarian economy will see the up-andcoming generations of such companies.

Overlaps in the grouping

More than a third of the companies contained in this publication and generating an EBITDA of over 1 billion forints over the period of the last 2 years are family-owned businesses. Generation change has already happened or is currently underway in half of the family companies herein displayed. By the way, generation changes may also occur in such a way that it is not the new generation of the family that takes over control, but another leader, whether from inside or outside the business.

Companies contemplating a possible listing, or those which are already listed typically have acquired other entities and most of them have already resorted to some sort of capital raise. Companies involved in this publication have predominantly deployed the capital raise for purposes other than acquisition financing.

About half of the companies pioneering with innovative, high value-added products and services produce more sales revenue from export markets than from inland. Nearly half of the smart multibeaters are successful on both domestic and international markets.