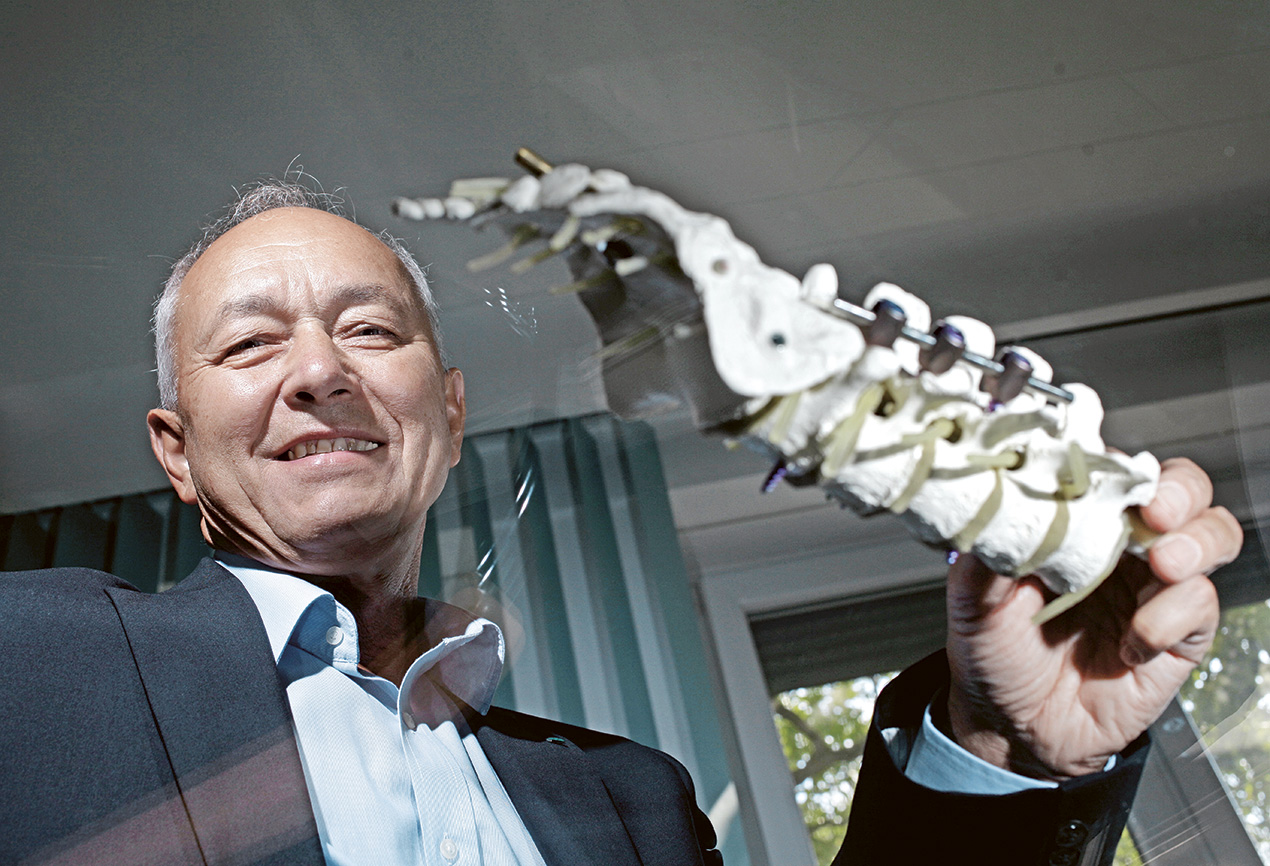 Already among the 40 largest medical equipment producers in Europe, the company is now further improving its international presence with a plant construction project in Russia.

Sanatmetal Kft. came within a hair’s breadth of falling victim to one of the many miscarried privatisations. The company was formed on the conversion of the formerly state-owned Finommechanikai Vállalat of Eger (established in the ’60s), only to witness the takeover of its US majority owner, DePuy, by Johnson & Johnson in 1998, as a result of which a company considerably larger than the Hungarian one was closed down during the merger. József Farkas, the company’s managing director, finally succeeded in buying out the business from the multinational owner by means of bank finance and a payment in kind i.e. the supply of equipment and product. The professional never had a single doubt that the business was worth carrying on and time has proved him right. At the time he bought it, the company was engaged in the manufacture of tools for traumatological care, including wires, plates and nails which are essential for the “bolting” together of injured limbs. In addition to its domestic market leading position in this field, the company aspires to reach the same heights for its orthopaedics division which is chiefly focused on hip and knee replacements. In addition, the company’s solutions in spinal medicine enjoy a great deal of professional popularity, and it also makes products for dental and veterinary use.

Only one third of their turnover derives from domestic sales: József Farkas explains that they fight against the disadvantage that public procurements in the national health service often sets conditions which favour multinational companies. The company exports to around 40 countries, with China being their largest foreign market. Product sales in Switzerland are carried out via a supply chain network operated in partnership with multinational companies and the company also has its own subsidiaries in Romania, Germany, Turkey and Russia. The last is of particular importance, as a production facility is under construction in Obninsk, 100 kilometres from Moscow, and will start production next spring. The Director estimates that – following the start-up period – the plant will add about one or two billion forint to the group’s turnover which is expected to reach a total of 5.2 billion forints this year. The plant might take on an even greater significance in the long run, since Russian law provides that products of domestic provenance must be privileged. In addition, the company will be able to target the market of another four member states of the Eurasian Economic Union.

Sanatmetal – currently employing 220 people – is already one of Europe’s 40 most prominent medical equipment producers, and hopes to become one of the top 10 within the next 10 years.

Quality and innovational strength are already a given. József Farkas identifies marketing, sales and debt financing as the key areas where a certain degree of improvement is necessary. As regards the last of these, hardly any quarter passes without an approach by an investor, but the Director – vividly recalling the events of 1998 – desires to keep the company a family-owned business over several generations. Of course he is fully aware of the related difficulties: in Western Europe only 15 percent of such companies survive long enough to be taken over by a third generation of owners. In this present case, the second generation has long been engaged in the operations: his daughter Emese is in charge of marketing, while his son Péter attends to sales.

They have already thought about whether they should seek an IPO in the long run, however József Farkas believes it to be “not timely” for now, as the company is currently focusing on going global. However, it is definitely time to increase the company’s financial gearing, since profits are continuously spent on the upgrading of machinery, thereby sustaining competitiveness. Bank financing would help allow their internationally acclaimed innovations to enter markets gradually, country by country, something an MNC can do on a global scale. In addition, a considerable part of trade debtors represent an indirect funding source for national health services – hospitals’ delays in paying suppliers is not unique to Hungary.

The company will soon launch a new product, which it hopes will lay the foundation for a diagnostics division. WIWE is a device about the size of a visiting card, containing two sensors. Place your fingers on the sensors, and the device – working via smartphone connected by Bluetooth – will show and evaluate your ECG as well as blood oxygen values. The point of the device is that it gives a warning if imminent signs of a severe disorder – such as a stroke or sudden heart failure – are detected. Preliminary figures show that the product is proving very popular: the official product launch is scheduled for late October – after the printing of this publication -, but will only take place after all preorder demands are fulfilled.