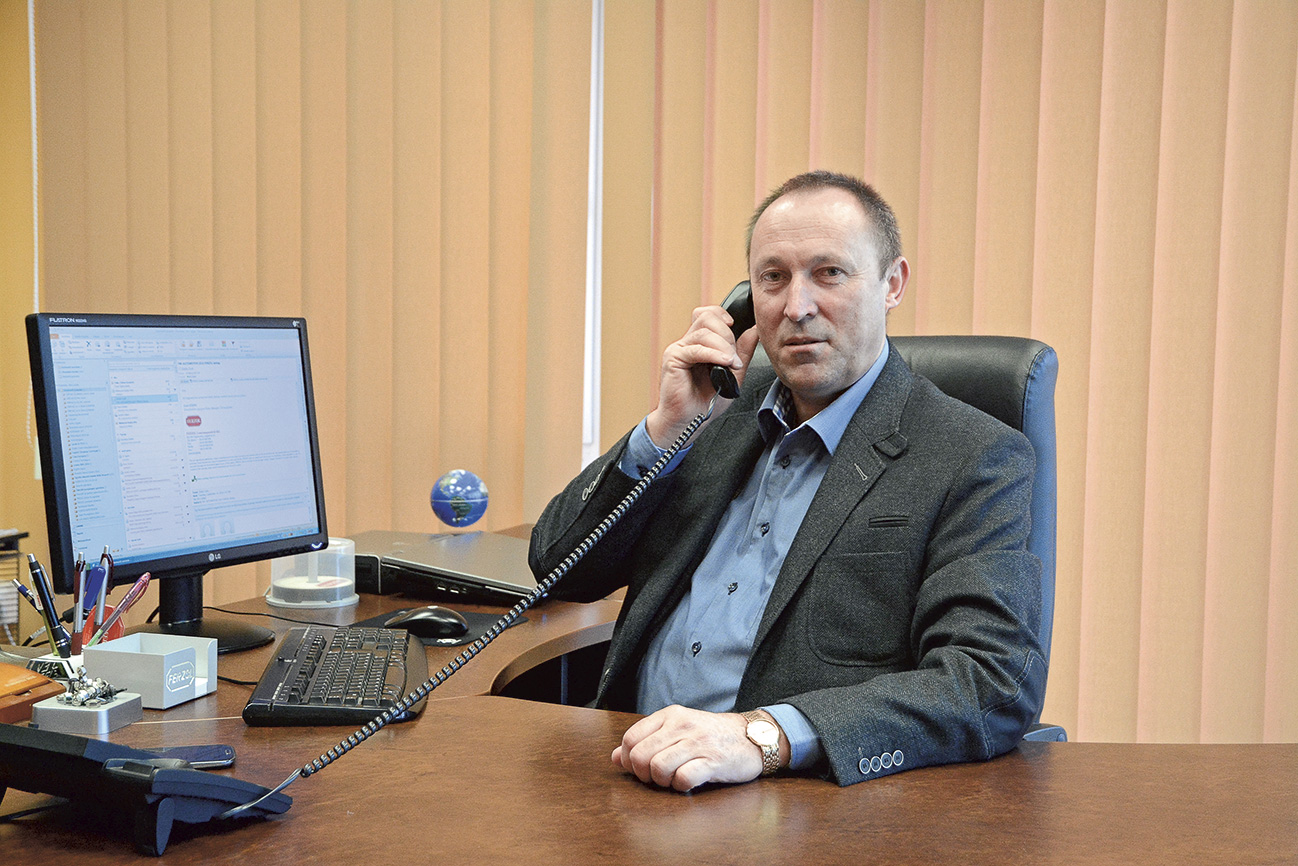 Originally started as a secondary occupation, the Tápiószőlős-based sheet metal processing firm of the Bíró family, has by now evolved into an internationally acclaimed high tech company.

Back in the seventies, working hard as a mechanical engineering instructor in the technical school of Nagykáta, Ferenc Bíró’s meagre salary was hardly enough to make ends meet for his family of four. In 1975, an idea crossed his mind and he applied for a licence to carry out trade as a secondary occupation. On the weekends he would undertake car repair services in his shop in Tápiószőlős, engaging his talented son, Zoltán, in the work. However, the occasional activity yielded too little to be worth the effort – instead they ventured, among many other people at the time of the system change, to start small-scale production on an old and out of use lathe. They produced screws and other fasteners as per order of the customers.

In the mid-nineties, after the state-owned companies of the Soviet times vanished into thin air, the trade soon ran short of orders. By way of coincidence, however, in the meantime, the Bírós moved to the edge of the village in order to grow their business, where they had no tap water, only a well. The water pump had to be bled on a daily basis, which Ferenc shortly got tired of. He brought a roll of nylon pipe with a cartridge-shaped vent which he developed on his own. This tool could be smartly used – along with venting – for sucking fluids from the bottom of large containers which came handy for our southern neighbours who would store fuel in such containers or cans at times of petrol shortage during the Yugoslav Wars. This vented pipe brought the “first million forints” for the further growth of the family enterprise.

In 2001, Ferenc and Zoltán Bíró founded their business on an already established network of partners under the trade name Ferzol Lemezmegmunkáló Kft. Their sales revenue had been nicely growing, up until the crisis: in 2009 turnover fell by a quarter and they had to downsize their staff by 45 people out of 110 employees. In order to avoid further decline, Ferenc and Zoltán chose to move forward instead of surrendering their position. They started to build a new facility: the construction provided livelihood for at least the rest of the workers until the investment of 430 million forints was completed. Then came the miracle: orders started to arrive one after the other. For partners believed that “if Ferzol is in such a good position to make developments right in the middle of the crisis”, then they are worth building on. Consequently, they would place their orders with the Tápiószőlős-based compa ny. Within a single year, so by 2010, the company’s turnover grew by 15 percent, thus reaching 1.85 billion forints, and they could re-employ the workforce made redundant due to the crisis.

Ever since, Ferzol’s sales revenue has increased to three times as much. Last year’s turnover approached 6 billion forints, and Zoltán Bíró expects this year’s as well as next year’s growth to be around 20 percent. At present, they supply about 70 companies engaged in various fields ranging from agribusiness to electronics and machine tools through to banking and to the automotive industry. They anticipate more customers to come, since many global companies with operations in China began repatriating quality production to Europe and Zoltán Bíró thinks that Hungary stands a fairly good chance of being chosen as their continental destination. Ferzol has already outgrown its production hall of 9 thousand square metres which was built between 2009-10. Ever since the company has kept on developing: in 2013 they built up a warehouse of 5.5 thousand square metres, and last year – with a capital expenditure of half a billion forints – they established a plant of the same size. These apply state-of-the-art production technology along with cutting-edge laser processing units, bending and welding machines, as well as computer-controlled pressing machines. In the last three years, the company has spent a total of around 1.5 billion forints on such investments, and moreover, the automation and robotisation programme goes on today for the purpose of improving competitiveness. Recently, another round of large investment has been planned: Zoltán Bíró is willing to start production in a second location – within a presently undisclosed region of the country. There is, however, one thing they do not intend to change: they want to keep the company family-owned.