There is something brewing - ZIP Technologies - Bet site 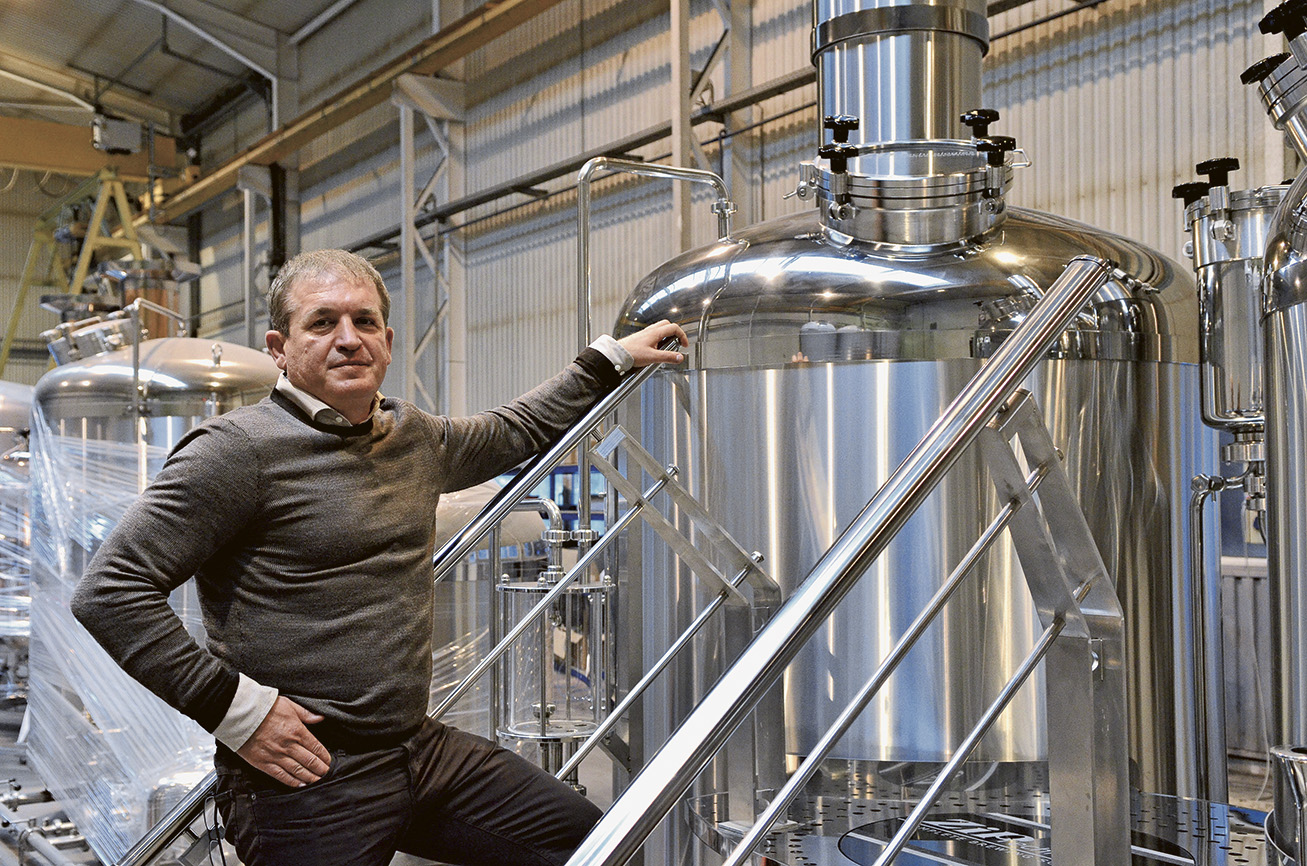 The self-developed brewing equipment of the Miskolc-based company is used all over the world from America to India.

ZIP Technologies Kft. is engaged in the manufacture and installation of unique equipment suitable for brewing highquality natural beer. They have a wide range of products, from the simplest 50-litre units to those with a capacity of 50 thousand litres. Apart from the steel plates entering the coils, they produce everything in the factory, and they also carry out the installation of all equipment anywhere around the world. The company, which employs about 100 people, is a manufactory in the closest sense of the word. ‘We do not intend to change to mass production,’ László Tóth, the founding partner of the enterprise says humbly. Three years ago, they started brewing exclusive natural beers with their experimental brewing equipment, but they don’t like their products to be labelled ‘craft beers’ as the term doesn’t mean quality by itself. Mr Tóth is proud that their London brewpub, where Hungarians brew beer, employs English people, and not vice versa. Their brewing factory in Belarus will gradually break even, too.

László became an entrepreneur in 1990 along with three of his partners in Miskolc, only to stumble upon a unique chance three years later. An already well-known business partner from the east contacted him and asked if they could get a minor brewery. This came in handy, as the decline of the socialist industry left behind a lot of professionals in the steel industry jobless in Borsod county. They found an engineer and a technologist, while László attended to the business plan. A friend, a goldsmith by profession, also the principal of local art school, was in charge of the design. ‘He is with me to this day,’ notes László Tóth proudly.

Design and ergonomics played a major role right from the beginning, as they weren’t that experienced in other aspects at the time. They perfected these other aspects in the following 20 years with their revenue being constantly re-invested. The customers basically paid all the expenses of innovation; they were the ones to try their new solutions first. They knew that they had no chance on the western markets, so they targeted the eastern markets where they had a good chance to enter the middle- and high-end league. They have always worked with the best and therefore the most expensive raw materials. For quite a while, they sold everything at first-cost price, so they could gather reference. Their enduring efforts finally paid off, orders started coming in also from western markets.

At the moment, 172 of their equipment units are installed in different breweries. They are particularly proud of the fact that their equipment is used in both breweries of Igazi Csíki Sör. Then again, these units are quite huge and they mainly focus on smaller units. For the time being, they are busy working on many significant orders. Their customers vary, including real estate developers, companies in the sugar and dairy industry willing to diversify their production, beer technologists partnered with investors and small retailers too.

They operate an impressive brewpub in the centre of Miskolc, where their brewing equipment in high-gloss chrome can be seen behind the glass walls. There is a beer tap at every table and the customer can select, by means of a digital display, from four types of exclusive beers brewed on the spot. Providing customer experience is only of secondary importance though. Their main goal is education: this is the place where customers who are not familiar with the craft are guided through the process of how to use the equipment properly. They also give assistance to such customers experimenting with their own recipes, which they can sometimes get as a gift. One of the secrets of their success is comprehensive guidance. Their other company, Brewery Investment Holding, which they established with foreign partners, offers advisory services for those who are interested in developing a business concept. If necessary and if they deem it worthwhile, they also provide assistance with financing.

At the moment, they are currently working on building a network in Austria under the name Zip&Friends, where they plan to sell 17 of their best beers from their 172 breweries. ‘We don’t want to grow further in equipment manufacture, our goal is to maintain this quality position,’ points out László Tóth. At the same time, they aspire to provide financing for the establishment of several breweries, one in each of the five continents, in the size of the Csíki brewery, engaging local investors in order to ride the wave of the ever increasing demand for quality natural beer.