The wing or the thigh? - Tranzit-Group - Bet site 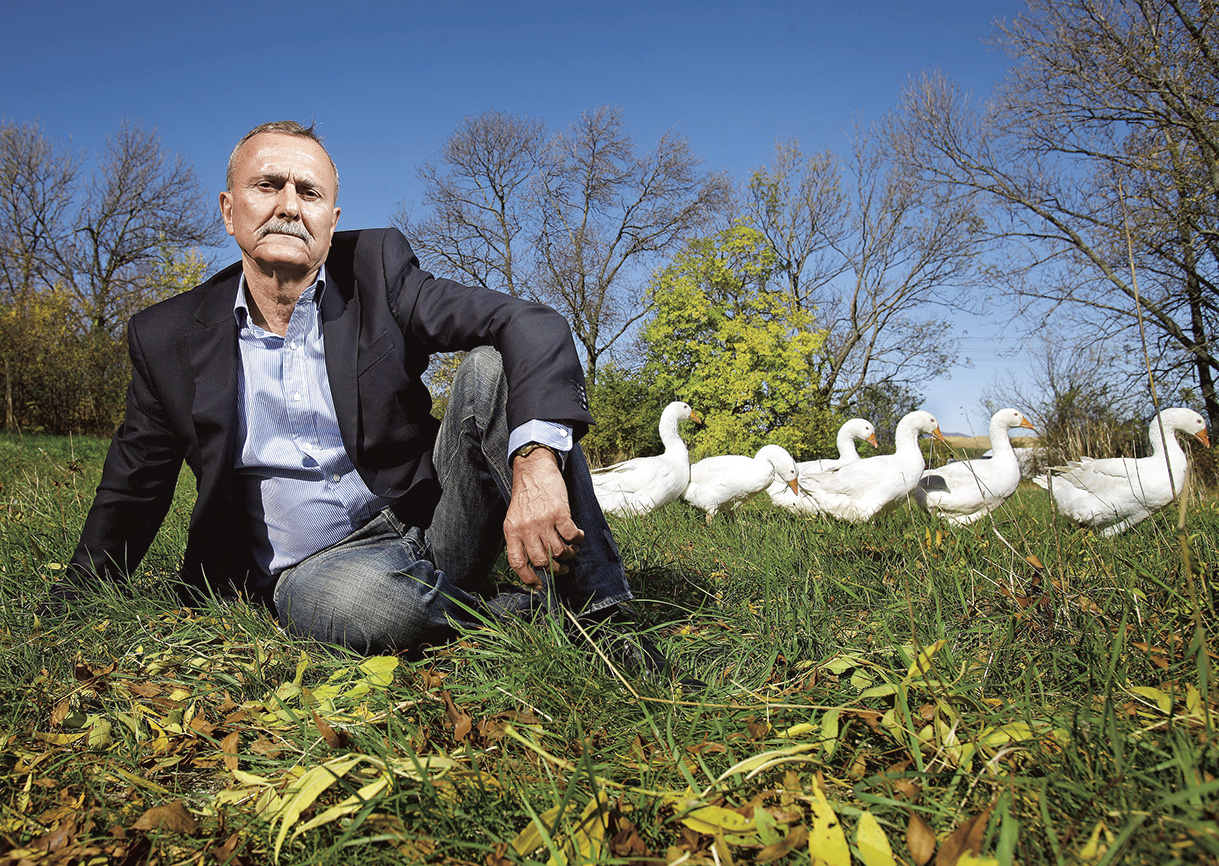 Without the engagement of an investor, and ploughing back profit, Tranzit Group, a family-owned company based in Debrecen became the largest geese breeder in Europe. Their products are exported to more than 30 countries, and a generational change has already taken place.

Miklós Szabó was made to keep livestock by coincidence, namely by his next-door neighbours. In fact, they were the ones who persuaded him into keeping geese on the off-colour ﬁelds of Szatmár. Since the foundation in 1991, business soared quite well: Tranzit-group today supplies roughly 20 percent of goose meat of the European market – approximately 50 percent of the Hungarian one – with almost two million livestock processed at the slaughterhouse every year.

The road to success, however, proved to be rather steep and bumpy. The market, on which they intended to set foot on, is not an easy one. Goose meet is mostly sough after in Austria and Germany, and only twice a year following a seasonal pattern: for St. Martin’s Day and at Christmas. Therefore, production needs to be ﬁnanced all year round, while the revenue only arrives at the end of the year, making the industry highly prone to price volatilities.

Since the beginnings, breeding technology has changed completely, which made signiﬁcant investments necessary. That is to say, the practice of driving out the animals to the sprout has gone obsolete and closed garden farming prevailed. Thus the share of forage feed has increased within their expenditure, while that is what production price relies upon. Thanks to the series of investments carried out in succession, they are no longer dependent on suppliers, as they produce the required 80100 thousand tons of feed for the livestock under their own power. They purchased their own slaughterhouse in 2010 and ever since they have covered the whole range of related activities from marketing authorisation via processing through to sales. The ﬁrst company of the group, Tranzit-Ker Zrt. deals with breeding, while Tranzit-Food Kft. is in charge of processing and trade.

Besides, they have started breeding ducks as well, which proved useful to get through troubled times. Since duck products are cheaper than those made of geese, demand for them is more balanced as well. They supply signiﬁcant amounts of duck products to Japan and Canada among others, but thanks to the changing consumption patterns, the domestic market is getting stronger too. As the group has never resorted to the engagement of a ﬁnancially strong investor, nor did it get involved in privatisation, they had to build up everything as based on the principles of the free market.

‘As opposed to most of our competitors, we constantly ploughed back our proﬁt and never stopped developments,’ says Miklós Szabó brieﬂy, who claims this to be the secret to their success.

They are cautious with foreign expansion: they chose to postpone the construction of a 10 billion-forint factory in China when they realised that they would not be able to retain full control over their subsidiary in the long run. Their products reach many far-eastern countries without this investment anyway. In addition, a nearly 100 million-dollar fowl keeping system in Kazakhstan is now pending, for which they would provide their professional know-how.

Despite its size, the group, employing a thousand people, has been able to maintain its nature as a family business: the founder not only works together with his brother, but their children have also joined. Insomuch that the founder’s son Ákos Szabó has been elected as the number one leader of Tranzit-Ker Zrt. They all agree that their prospects are promising: the world’s population is growing not only in numbers, but also ﬁnancially. By now, a number of African countries have large enough purchasing power to effectively demand their products. ‘Under such circumstances, the food industry is set to expand,’ claims Miklós Szabó. As for the company, this change of global demand is now manifesting in a development project worth 12 billion forints. As part of the project, they will upgrade all workﬂow processes by 2018.