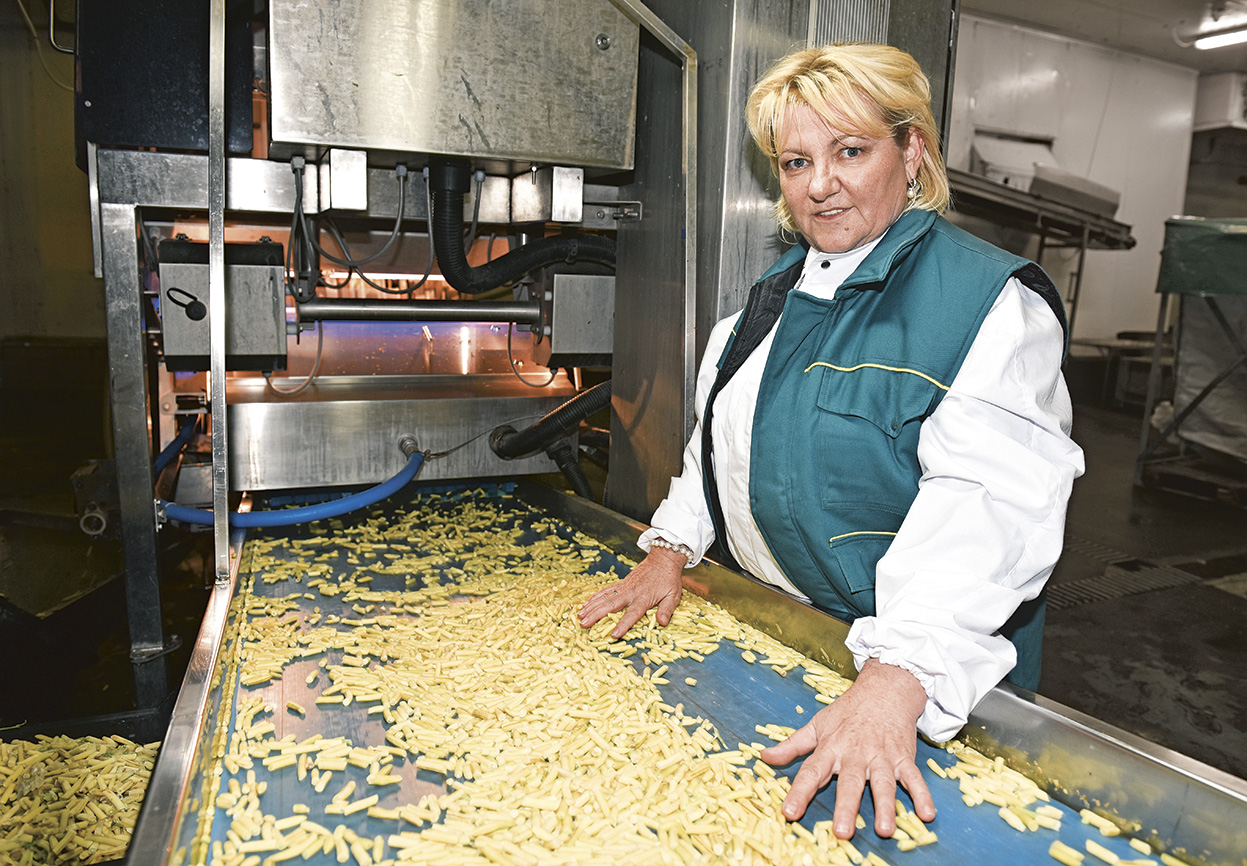 It was a decisive moment indeed when, in the year following the regime change, Gábor Fülöp and his colleague caught sight of a German lorry transporting fruit. ‘We noted down its registration number, called the company and sold two truckful of plum which we did not even have at that moment,’ recalls Mrs. Fülöp, co-owner of Agrosprint Mezőgazdasági és Ipari Termékforgalmazó Kft. Their luck stayed with them later too. Her husband was fortunate enough to meet an acquaintance of his who was looking for gherkin and pepper to be processed by a German cannery. Having several friends from school who produced vegetable, Mr. Fülöp would gladly assist. Finally, they supplied the canning factory with 26 lorries of goods in the same year.

In the course of a few years, the couple established business ties with the Bavarian cannery industry, as a result of which Agrosprint Kft. started to grow by leaps and bounds allowing for the implementation of expansion. In the meanwhile, thanks to his excellent sense of business, Gábor Fülöp purchased a cherry orchard of 60 hectares – at the best possible moment. Cherry’s price per kilo increased from 20 to 60 forints in the following year and went skyrocketing to 200-250 forints after recovery of the plantation. Thanks to the rapid growth in revenue, sufficient financial resources could be allocated for the establishment of a deep freezer plant worth 200 million forints. This was completed in 1999 in an empty factory in Karcag – by means of grants, under the company’s own power and with no external funding. Setting up a subsidiary in Romania was also a huge milestone in the company’s life. A Transylvanian visitor at Anuga Cologne trade fair complained about the extremely high rate of unemployment there. He said that people would go pick forest fruit on their own but the collected stocks could not be processed as the freezer plant had been shut down for years. The Fülöps had a look at the plant, set up a Romanian subsidiary in 2005 and built a brand new processing plant – partly funded by the SAPARD subsidy programme – by 2008.

Another flagship division of the company carries the production of ingredients for baby food, which was established as a result of a similarly amazing coincidence. At the turn of the millennium, Gábor Fülöp got acquainted with a German entrepreneur who was in charge of selecting locally produced feedstock for that particular activity. It was through this acquaintance that Agrosprint has become a trusted supplier for Nestlé, Danone and Hipp. In fact, these ingredients are rather troublesome to produce by using chemically benign technology in a way that chemical residues shall only amount to one tenth of the usual value, but it is definitely worth it. Acting as an integrator duly contracted to as many as 500 suppliers, Agrosprint has evolved into an internationally known enterprise, exporting 80 percent of its output to 30 countries over Europe, the Middle East and the Far East. launched its product family Sprint Natura based on this eco-technology five years ago.

The tireless efforts over a quarter of a century have literally yielded fruit. Agrosprint has evolved into an internationally known enterprise, exporting 80 percent of its output to 30 countries over Europe, the Middle East and the Far East. Its frozen fruit and vegetable products are also sold domestically by almost all retail-level supermarket chains. These are interested in the highest quality for the lowest possible price, which assumes that efficiency shall improve in parallel with quality in order to fulfil specific demand. For this purpose, the business shall achieve optimum economy of scale and extend the range of production to the level of processed food, which is however constrained by the lack of manpower. The company strives to remedy the latter by developing technologies, in particular, to be able to maintain its presently wide range of products. However, the industrial-scale production of broccoli, cauliflower, tomato and pepper has – in the absence of busy hands – almost ceased to exist. That is the reason why Agrosprint has been engaged in dual training programmes and model vegetable production, currently aspiring to establish, by investing several hundreds of millions of forints, its own model farm stretching over an area of 300 hectares.

The successful business model has attracted the attention of investors, who also made various offers which the owners declined. ‘Agrosprint has an outstanding performance within the industry. It is a real family business, and so shall it remain,’ adds Mrs. Fülöp. She proudly explains that employees call each other by the forename in spite of the fact that today at least 350 of them work in their three business units, trying to ensure a friendly atmosphere. In order to keep pace with the rapid growth of order volumes, the management is now considering another capacity expansion by means of a CAPEX of several billion forints by 2019.