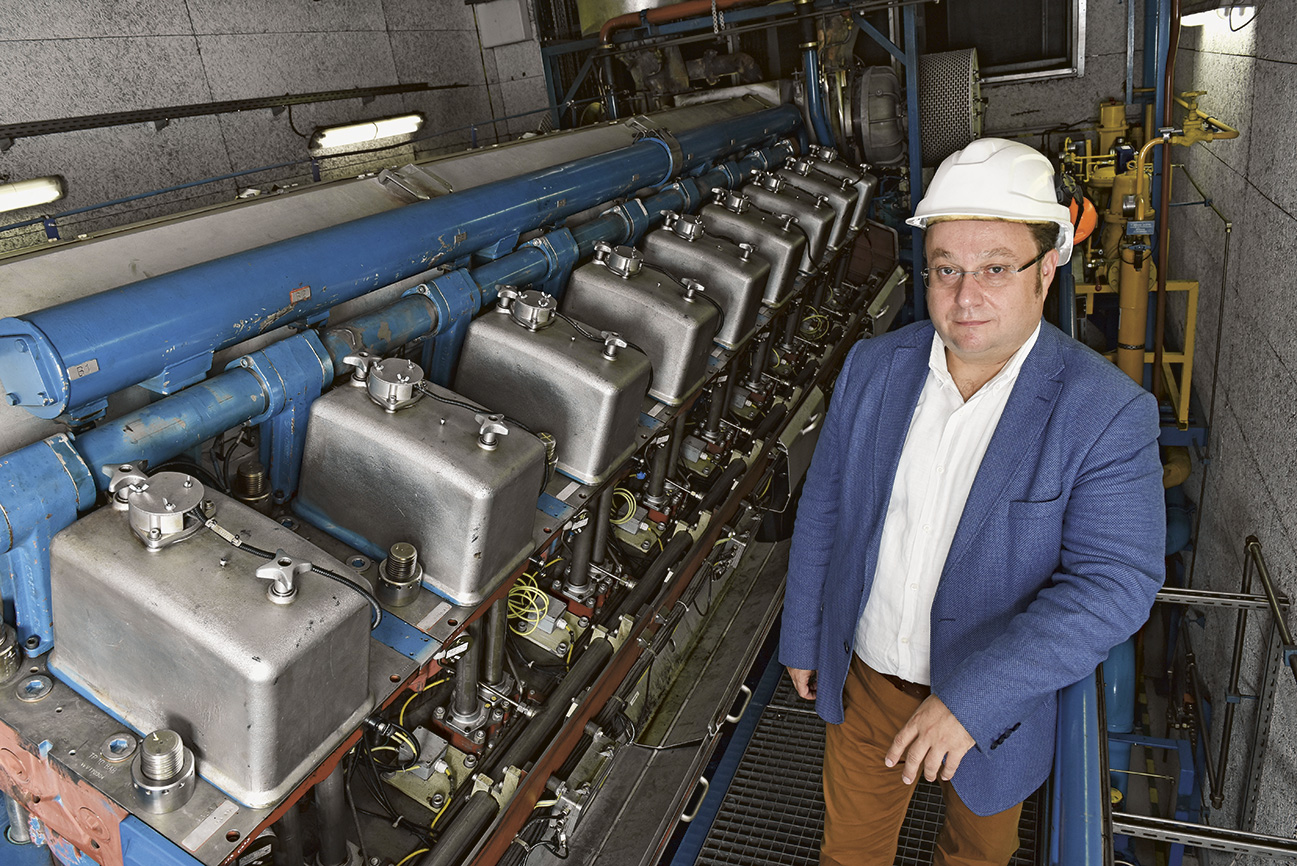 Alteo group, a company founded only half a year before the outbreak of the crisis, has nailed an IPO by now and is aspiring to be market leader in domestic smart energy management services.

Sometimes the right choice is to not do something. And that’s exactly how the story of Alteo Group began, explains Attila Chikán Jr., founding CEO of the enterprise. In August 2008, just a few months after registration, the company was offered a bank credit of 50 million euros at an exchange rate of 230 forints to euro. This amount of financing would have pushed the company forward a great deal, but Alteo finally decided to reject the offer. The reason was quite simple: having particular regard to the current exchange rate and bearing in mind that the company earned its sales revenue in forints, the founders deemed it unhealthy to take up a loan in foreign currency. ‘This was, perhaps, the point when we nearly made economic history. For the story of a company which suffered a loss on exchange amounting to 4 billion forints in its first year of operation without a single cent of revenue would surely end up being taught at university,’ tells the CEO with a bright smile on his face.

As this story clearly indicates, Alteo has been consciously following a growth path right from the beginning. In March 2007, Attila Chikán Jr., the entrepreneurial mind behind the venture, contacted Tibor Veres, later majority owner, with the idea of setting up a business together. The company was officially registered a year later, only a couple of months before the outbreak of the financial crisis. Back then, the management decided that Alteo shall seek an IPO as soon as possible, thereby ensuring the proper funding of the company’s growth.

Early on, the starting capital of one and a half billion forints was provided by the majority owner’s equity which got the business going. First, they entered the market of electricity trading that seemed comparably easy to penetrate, gradually followed by the creation of a power generation portfolio requiring longer preparation and larger capital expenditure. They regarded the crisis sweeping across the economy as kind of an opportunity, which obviously required to realign corporate objectives, but at the same time opened up new horizons for growth. The initial plan stipulated Alteo’s expansion by way of acquisitions and capex in the ratio of 50-50 percent, which finally shifted towards acquisitions in light of the prevailing turbulence in the business environment.

Apparently as a result of the crisis, several large international companies embarked upon divesting various business divisions and assets which were less related to their main activities. Alteo took a chance in those cases where it could be assumed that the incorporation of the divested entity into the group’s operation would yield a good return. As part of their first large transaction in 2009 for instance, they purchased two natural gas fired power plants from E.ON (one in Sopron and another one in Győr), which they have made profitable in the spirit of smart energy management. Ever since, Attila Chikán Jr. has regarded this step as a major milestone in the company’s life.

In the following year, the group carried on its expansion by minor transactions and started to implement its capital market strategy: in 2010 the company’s shares became publicly listed on the Budapest Stock Exchange. Lacking proper conditions for an IPO at the time, the company resorted to fundraising by issuing bonds in 2011. ‘I would like to point out that we already had an exact project schedule in mind: we deliberately outlined our investment targets,’ adds Attila Chikán.

One year later, the company purchased 3 wind power plants from the energetics subsidiary of Raiffeisen Bank, thereby doubling its EBITDA. In the same year, the company carried out a private placement, with a couple of institutional investors also involved among the owners, thus raising capital which they used for extending their current power generation portfolio by another wind power plant.

2014 proved to be yet another busy period in the company’s life. Riding the wave of their first programme, the company issued bonds for a total of 3.5 billion forints only to use the proceeds for one of the largest domestic energetics transactions in the history of the post-crisis years. The company acquired Sinergy, a group about twice the size of Alteo by revenue, which they managed to integrate into their organisation by June 2015. This acquisition was exactly the key for the group’s expansion in a field where their growth – due largely to the crisis – proved to be slower than initially scheduled. Accordingly, they have obtained highly valuable know-how, market knowledge and industrial key accounts with the help of which Alteo Group has become the only integrated provider of smart energy management services in the domestic energetics sector. September 2015 brought about the latest milestone in the company’s life: this was the time when the company started its initial public offering on the Budapest Stock Exchange.