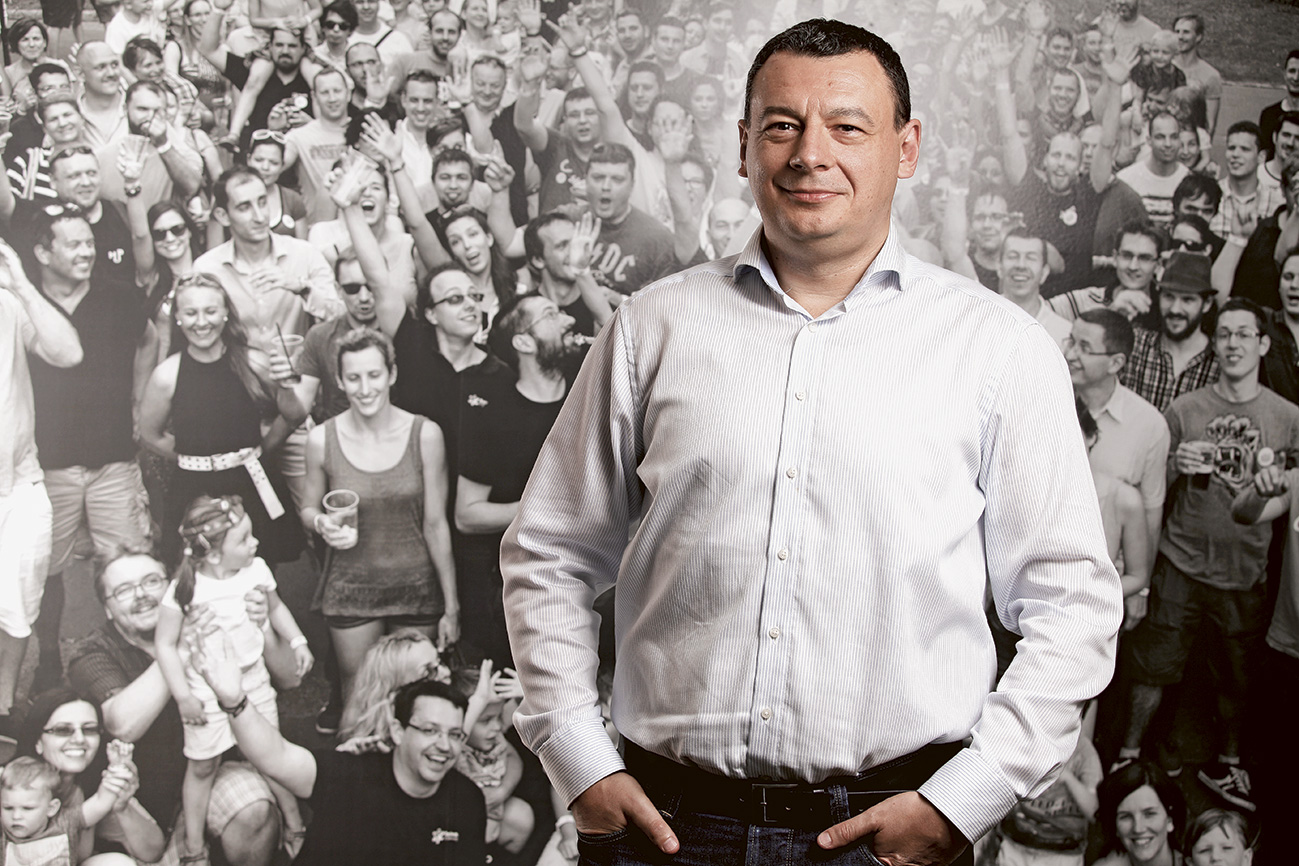 Having raised 8 million dollars capital two years ago, this information security specialist is now growing at an impressive pace. The company expects a sales revenue over 20 billion forints by the end of this decade.

The personality of its director often tells a lot about a company’s strategy and global perspectives. Zoltán Györkő, founder and CEO of Balabit, is unusually vigorous, purposeful and persistent – personality traits almost unmatched among domestic leaders. It is no wonder that his favourite hobby is boxing. This perseverance is badly needed in today’s tight and immensely competitive global market.

The company – specialised in information security – was established by six Hungarian individuals in 2000. But it was not until the summer of 2014 that the ﬁ rm acheived a major breakthrough. That was the moment when the founders ﬁ nally managed to ﬁnd a venture capitalist partner. London-based C5 Capital invested 8 million dollars into the company which already had a sales revenue of 3.3 billion forints and 160 employees. Selecting the proper investor took nearly two years, because the mediumsized Hungarian enterprise was looking for a partner which could provide not only money but also special sector-relevant expertise and – this is particularly vital – well-established international connections. During its previous decade in operation, Balabit had been performing well in terms of cash ﬂow. However, the new investment was solely needed to permit the acceleration of growth.

The founders had been in talks with two US funds, but hardly any American venture capitalists were interested in offering the amount Balabit was looking for, which is considered lowby US investors. Especially when backing aforeign company. In fact, they found only one investor with adequate experience. It took more than half a year to negotiate the terms of a deal with this one candidate, but the would-be partner wanted too much controlling power for his stake. As the parties failed to close the bargain, C5 Capital came into view – a company founded by highly acclaimed experts in the ﬁeld of information security, including Nazo Moosa and André Pienaar. On top of that – as Zoltán Györkő explained – C5 offered much greater attention to the company, since the fund normally deals with only ﬁ ve or six investee companies at the same time. In addition, the fund selects its partners only from among companies which are engaged in security technology, thus allowing for a stronger synergy. In addition, the British fu

nd was willing to offer a smaller amount (that is to say, the amount Balabit actually needed) and accept a minority stake of less than 25 percent. The company’s goal is to be listed on New York’s NASDAQ tech exchange by means of an international IPO. For that, they ﬁ rst seek to reach the 80 million dollar turnover threshold, and before the end of this decade at that. To that end, they will need to raise another round of capital, larger in amount than last time, for which they are currently in search of a partner. This will facilitate the resource expansion that is vital to maintain an annual turnover growth of around 40 percent. The company – currently going global – is technically controlled from its Luxembourg headquarters but continues to operate essentially in Hungary. Its development centre is located in Budapest and there is another R&D department in Veszprém. Besides its subsidiaries in New York and Munich, the company has commercial representation in London, Paris and Moscow. The company’s products are sold via a global network of resellers comprising nearly 100 partners. Their key accounts include NASA, Boeing and Facebook amongst others. Nevertheless, there is a great deal of competition in the ﬂ agship segment of corporate access management which is estimated to be a billion-dollar business. That is why it is useful that the Hungarian company’s products include not only a log management system (syslog-ng) and a proxy ﬁ re wall (Zorp GPL), but also a unique hardware-based solution, Shell Control Box. This is an activity monitoring tool, which corporate IT can use to replay users’ workﬂ ows in a cinematic fashion, thereby making all access incidents easily identiﬁ able. Their brand new product is Blindspotter, which analyses, by way of personalised proﬁ ling, the daily activities of employees for the purpose of risk mitigation. This product and Shell Control Box have earned the company a great deal of professional recognition worldwide, implying that the company focus on its core business is proving successful.