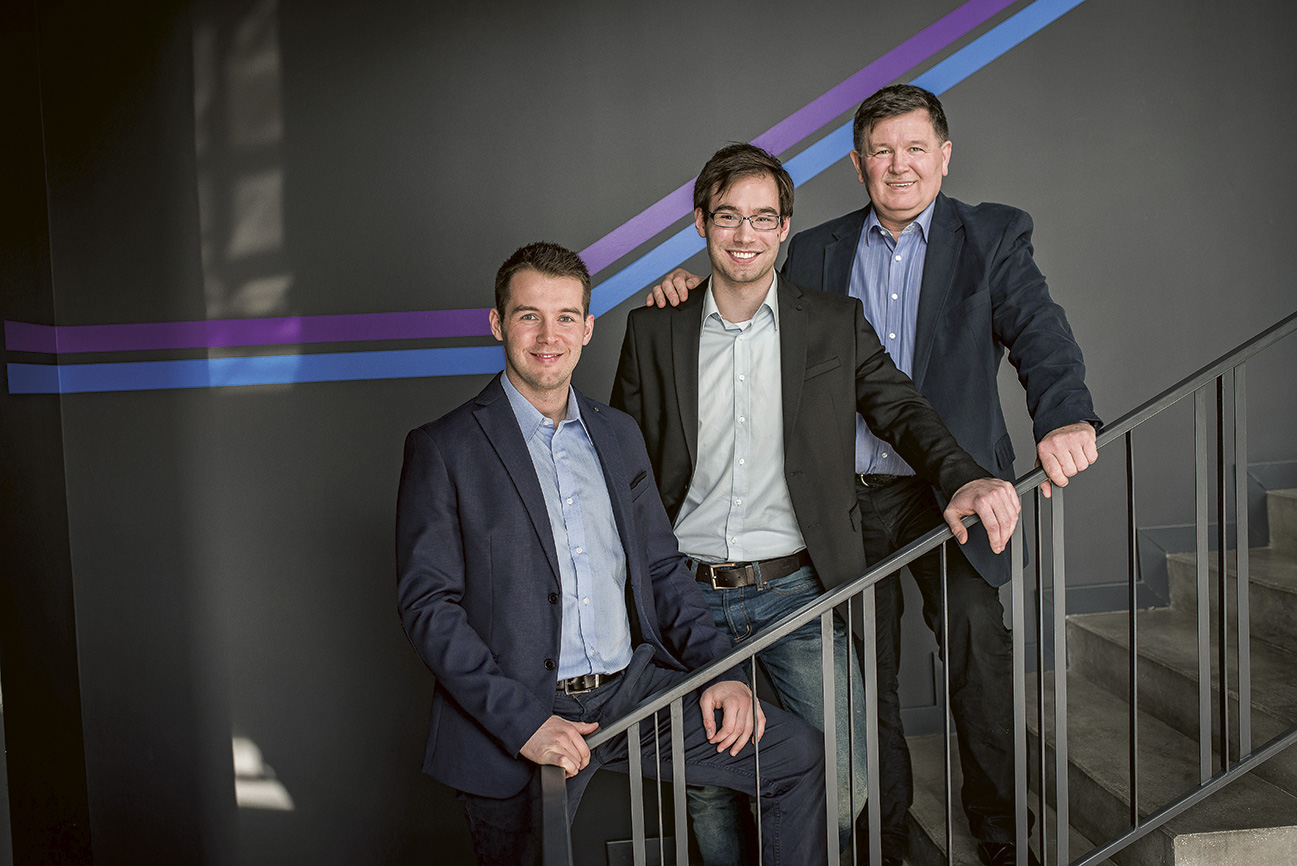 The change of generation has given such a boost to the Pest-County company that it will soon be one of the top three European producers of health food and sports nourishments.

Behind the brand’s American name lies the global success of a Hungarian family business. The founder, Ferenc Lévai, set out in business in the early ‘90s. Based on an idea he got from Soviet businessmen, he began importing ﬁtness and gym equipment, but the market became saturated after a while. At the same time, the business potential in the continuously spread of sports dietary supplements attracted his attention. He already had a well-established connection with gyms; what he needed was a range of excellent products. And so he started to distribute, ﬁrst on the domestic market than gradually at a regional level, the products of MLO and BioTechUSA owned by the American Williamson family. In 1999, Ferenc Lévai took over the brand name BioTechUSA along with formulae and access to producers. As a consequence, the business moved up a gear: the company’s sales revenue increased from 160 million forints to 5 billion in the period between 1999 and 2012.

Unsurprisingly, the company received a series of purchase offers and the family had to face a crucial decision in late 2013: to sell or to continue? What played an important role in the decision is that Ferenc Lévai was fully aware that there were people around him who could bring new skills and energy to handle the changes needed. The founder’s two sons, Balázs and Bálint, were already working in the company’s middle management and constantly putting forward their new ideas to the leaders. Following their graduation from Vienna University of Economy and Business, Bálint had started work in the marketing department, while Balázs joined the foreign trade department in 2010. They had shown their mettle already in their university years when a vision came to their minds and they established the company’s shaker division within a couple of years, thus making the ﬁ rm a leading manufacturer in this ﬁeld.

The Lévais thus chose to keep the business and started immediately to plan the required changes. Until that time, production had been outsourced and this was impeding progress by this point. With ﬁ nance from the company’s own resources supported by only a minor amount of credit, which they have already paid back, they built a production site in Szada with a daily output of 40 tons of powder. The plant together with a logistics centre – stretching over an area of 32 thousand square metres – started operation in late 2014 and is today the largest dietary supplement factory in Europe.

The same year saw the most decisive change in the company’s life. At Christmas 2013, the family came together for a Sunday lunch at which they decided that the boys would take over control of the company’s management. From early 2014, the boys could jump headlong into shaping the company’s future at their sole discretion, with Bálint (27) acting as CEO and his elder brother (29) acting as head of foreign trade. The business has seen unprecedented progress ever since. The brothers revised the logo design, the packaging and the formula of products, chose a new brand image for their stores, refurbished their headquarters in Óbuda, introduced an up-to-date enterprise governance system, and established laboratories for in-house product development and quality assurance. In addition, they revised the organisational processes: production and sales were taken over by the newly founded BioTech USA Kft., while the old entity, JLM PowerLine Kft. retained chieﬂ y auxiliary functions.

The group currently belongs to Europe’ top 5, making their way briskly towards the top 3. They are noted as the most dynamically growing player within the industry. This year, BioTechUSA’s brand sales are anticipated to increase by an incredible 52 percent, thus accounting for a sales revenue of over 20.