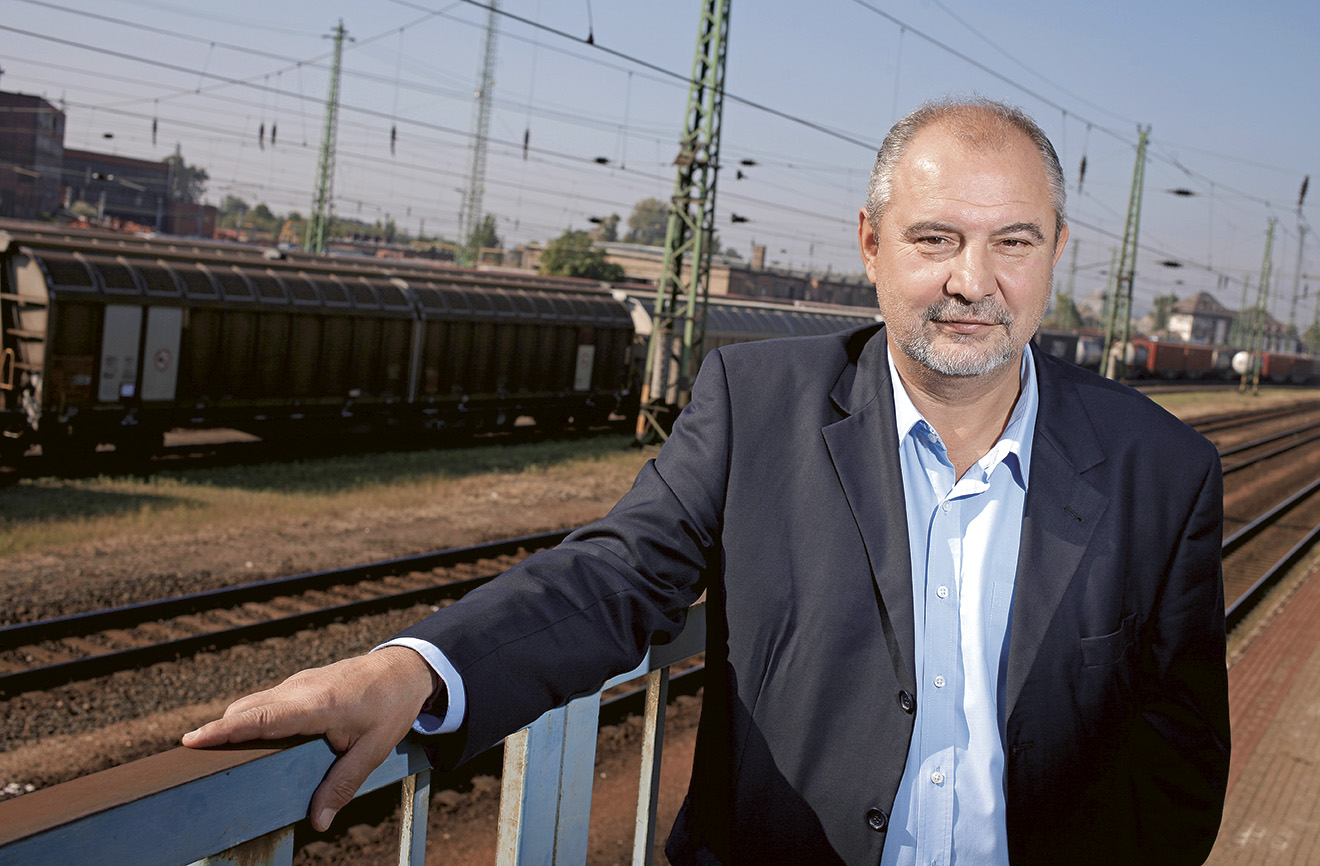 With an excellent flair for market demands, István Herdon’s group developed a 120-hectare industrial park in Debrecen. The group operates the local airport as part of another business division.

Back in the nineties, when István Herdon worked as a banker, he used to spend his weekends looking at factories and other industrial buildings in Debrecen. Hence, when working for a Dutch-Hungarian advisory firm, it was an easy job for him to assist foreign companies – willing to settle down in the region – in finding business locations. Ideal objects were sold out quite fast so they also considered green field sites in their ranking. It was not hard to notice that – among the target areas – Határ Street in Debrecen most often came in first in terms of popularity. No wonder that the city council wanted to develop it into an industrial park. After the construction of public utilities was completed, the first company, the American National Instruments (NI) arrived in 2000.

István Herdon identified the opportunity, and as his Dutch colleagues did not want to get involved, he put all his savings together and purchased a plot in the park under his own power, only to build a multifunctional facility. In fact, he was sure that a company will soon come and make good use of the premises. And it happened: Bumet, a supplier of DAF, purchased the building which it still uses today. With the money earned, the entrepreneur purchased another plot on which he built another „box” that was eventually bought or rented by the next firm to move in. ‘They did not really notice our first ten factories, we were somewhat hidden behind the tracks,’ says the businessman, implying that only the two big plants, NI and FAG could be seen from the city, all smaller factories behind them were hidden. But this statement is true in another sense too: since the eastern parts of the country did not offer as handsome returns as the capital or the Western Transdanubian region, large industrial real estate developers were less interested in this area. This made it possible for a domestic player, short of capital, to emerge from scratch.

The initial stage of growth turned out to be a sensitive matter of time, particularly for the reason that institutional financing was rather difficult to get access to. ‘Hey look, this is way too risky,’ reacted one of his banker friends when he contacted him for a loan for the first proj ect. Since then this has of course changed a lot: these days, developments are funded partly by bank financing and partly by own equity. The infrastructure of the park complex was funded entirely from the latter. A listing would have served as a possible option for capital raise, but they have temporarily postponed the action – largely due to the unfavourable conditions of the capital markets after series of broker scandals. This means that all the efforts for the transformation of the holding structure, with XID being converted from a limited liability company into an incorporated one, were in vain, and were also the cause of last year’s massive losses. Within the course of the strict audit, one project company under XID was formed, but its building – which the company had failed to put on lease by the end of the year – was rated zero as opposed the value of several million forints contained in the books. This caused the minus last year which is expected to turn out to be a big plus this year, since the lease agreement has been concluded in the meantime. Cyclicality is common to the operation of such businesses. Some years are dominated by investments, while others are spent with the sale or leasing of finished facilities. Because of the holding structure, revenue does not manifest in prices but rather as other incomes, while profit is formally the product of financial operations.

Now, three quarters of the 120-hectare industrial park is filled with buildings, but this is by far not the only project of the group, in which István Herdon has a shareholding of 90 percent. They realised that local infrastructure needs to be developed in order to attract further factories to the area. That is why they took over the operation of the local airport in 2011. Traffic volume is increasing, thanks to Wizz Air and Lufthansa, but the facility is still in the red. István Herdon does not expect to reach a breakeven point any time before 2020. Next to the airport, a logistics park stretching over an area of 25 thousand square metres has been established, but the companies here, unlike the ones on Határ Street, are not subsidiaries of XID Zrt., neither is the company running the airport.