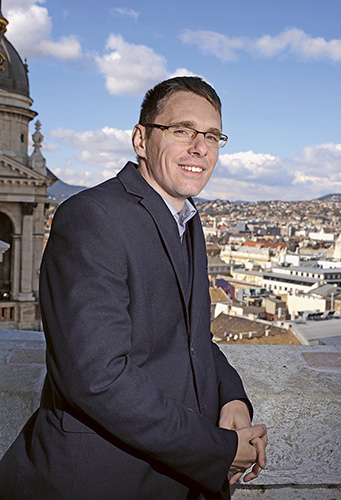 With no prior experience in hospitality and tourism, in 2007 the company founded an online booking system, which has by now become Hungary’s market leader in travel bookings.

Today every fifth booking is made via Szallas.hu and the company has already gained a foothold in the Central European region. The two founders, József Dorcsinecz and Zoltán Varga primarily wanted to exploit the potentials of Hungarian inland tourism. ‘Good lodging at a fair price, in an easy-tobook fashion’ – a wrap-up of the recipe by József Szigetvári, managing director of the company.

Soon, the Hungarian market proved to be way too small. Their booking sites soon appeared in Croatia, Slovenia, Austria and Romania as well. At first they only focused on Hungarian travellers, but later on they also targeted local customers with their offers, and what’s more, they opened offices in Zagreb and Warsaw. They have achieved their greatest milestone thus far in Croatia where the company came in first place among Hungarian booking agencies last year. As the next step, the company aspires to conquer the Polish market.

Duly indicating their regional presence, the company offers 175 thousand accommodations out of which 9 thousand are located in Hungary. Although 60 percent of all bookings are received online, they put special emphasis on call centre services.

In the meantime, also the company’s ownership structure has undergone a change. In 2011, the founders sold a 50 percent stake to Sanoma, for they considered an international company to be the best instrument for further expansion in the region. However, the Finnish media company chose to leave the Hungarian market in 2014, selling its whole portfolio to Central Media Group.

It was in 2015 that Szallas.hu was finally acquired by regional private capital fund OTP PortfoLion and OTP Bank in a ratio of 70:30. The financial investor is typically in quest of emerging enterprises with considerable growth potential also at a regional level. They hope to develop – within the course of three to five years – a Central European counterbalance to the western booking giants, thereby possibly offering an attractive target to major professional or financial investors. Performance figures are definitely promising: the originally two-person company has by now reached a headcount of 120 employees, while last year’s turnover exceeded 1.8 billion forints which is three times as much as that of 2012.