In the year of the re-establishment of the Budapest Stock Exchange, a total of 6 shares were listed in 1990. Below are the photos of the introduced shares, which come from the stock exchange history collection of Tamás G. Korányi. 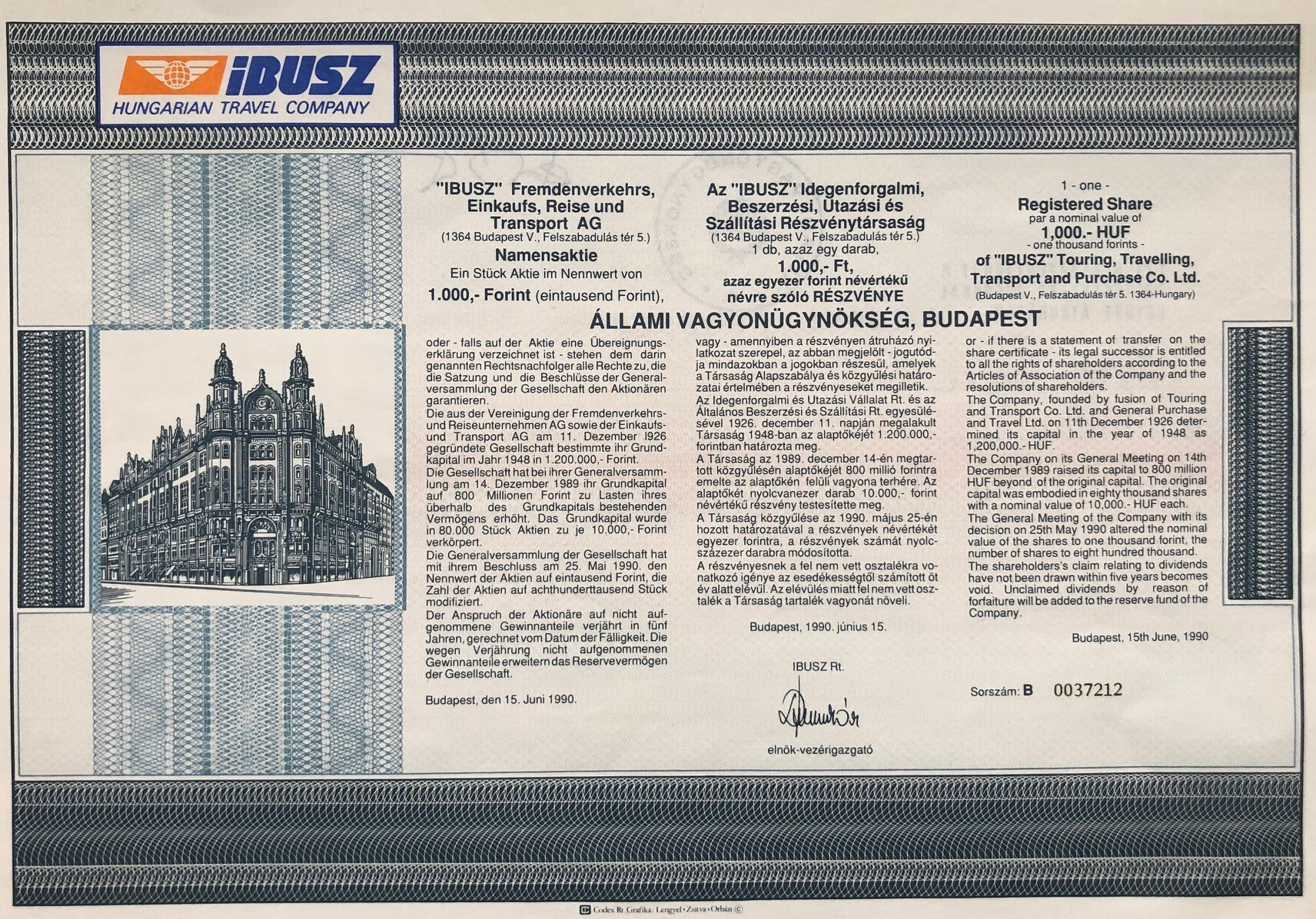 The IBUSZ stock was the first paper to be listed on the re-formed Stock Exchange.
Issued: 21 June, 1990 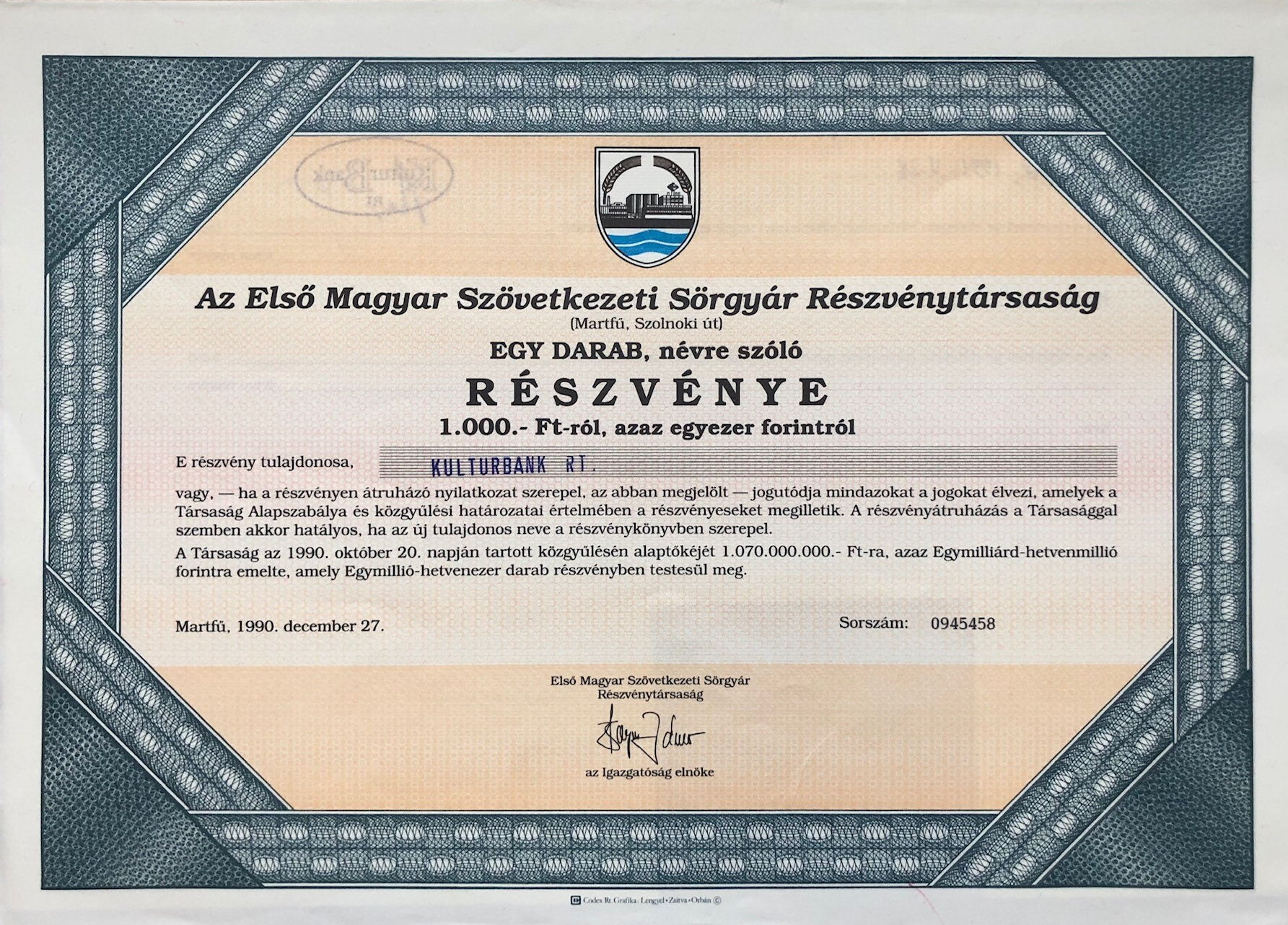 The second share was the paper of the First Hungarian Cooperative Brewery Company.
Issued: 29 October, 1990 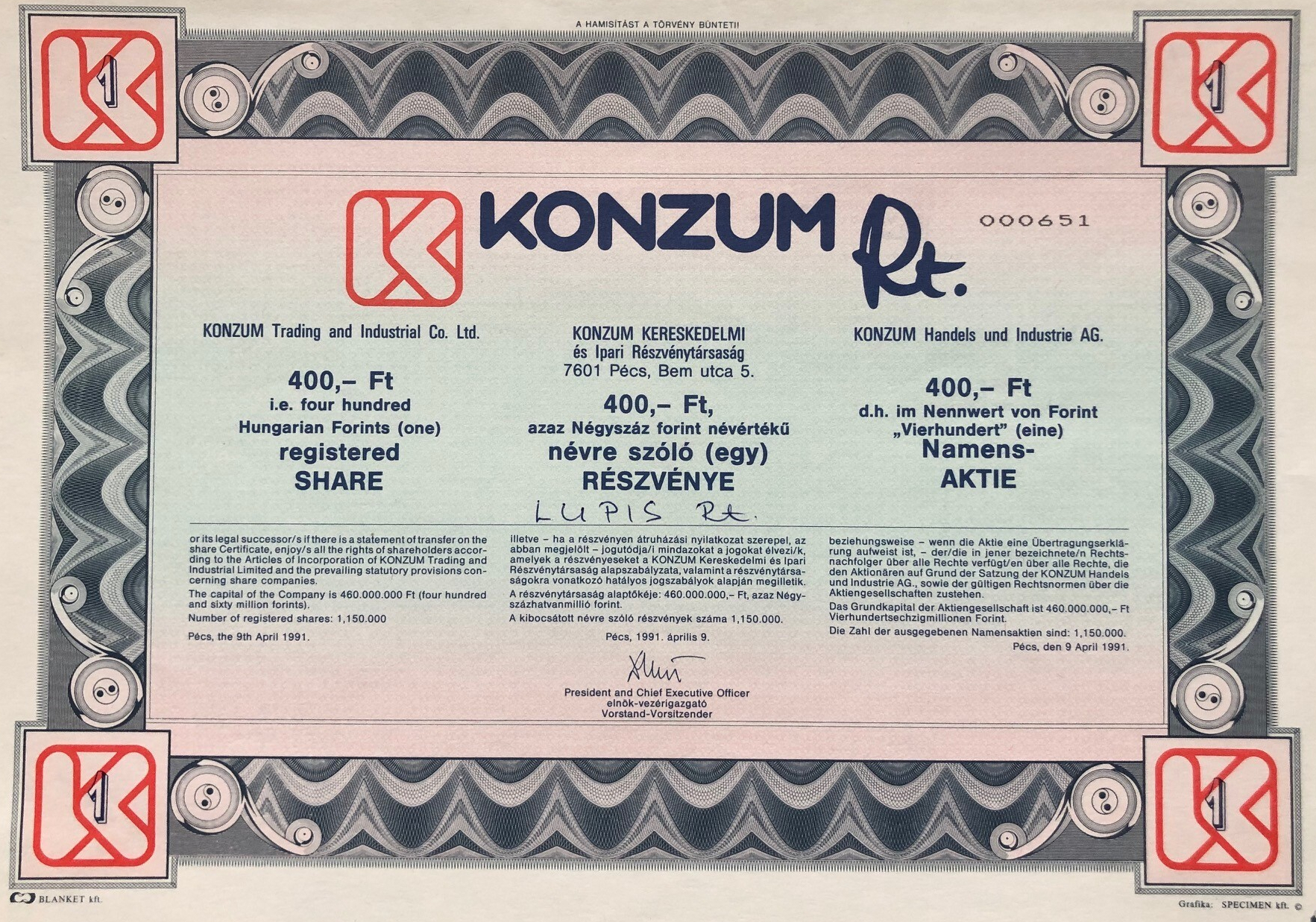 The shares of Konzum were introduced with a nominal value of HUF 400.
Issued: 1 November, 1990 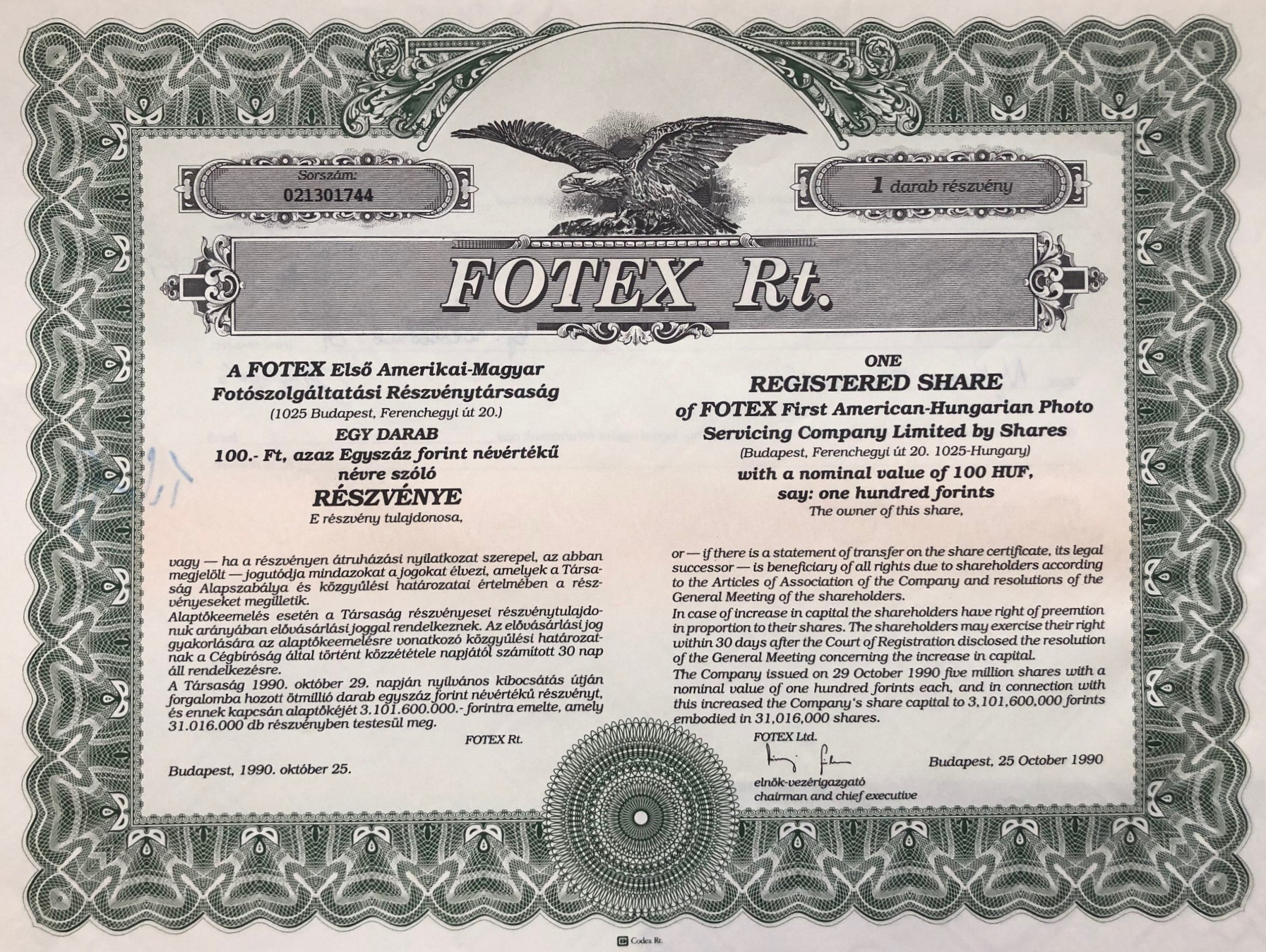 Fourth, FOTEX shares were listed on the Exchange.
Issued: 13 November, 1990 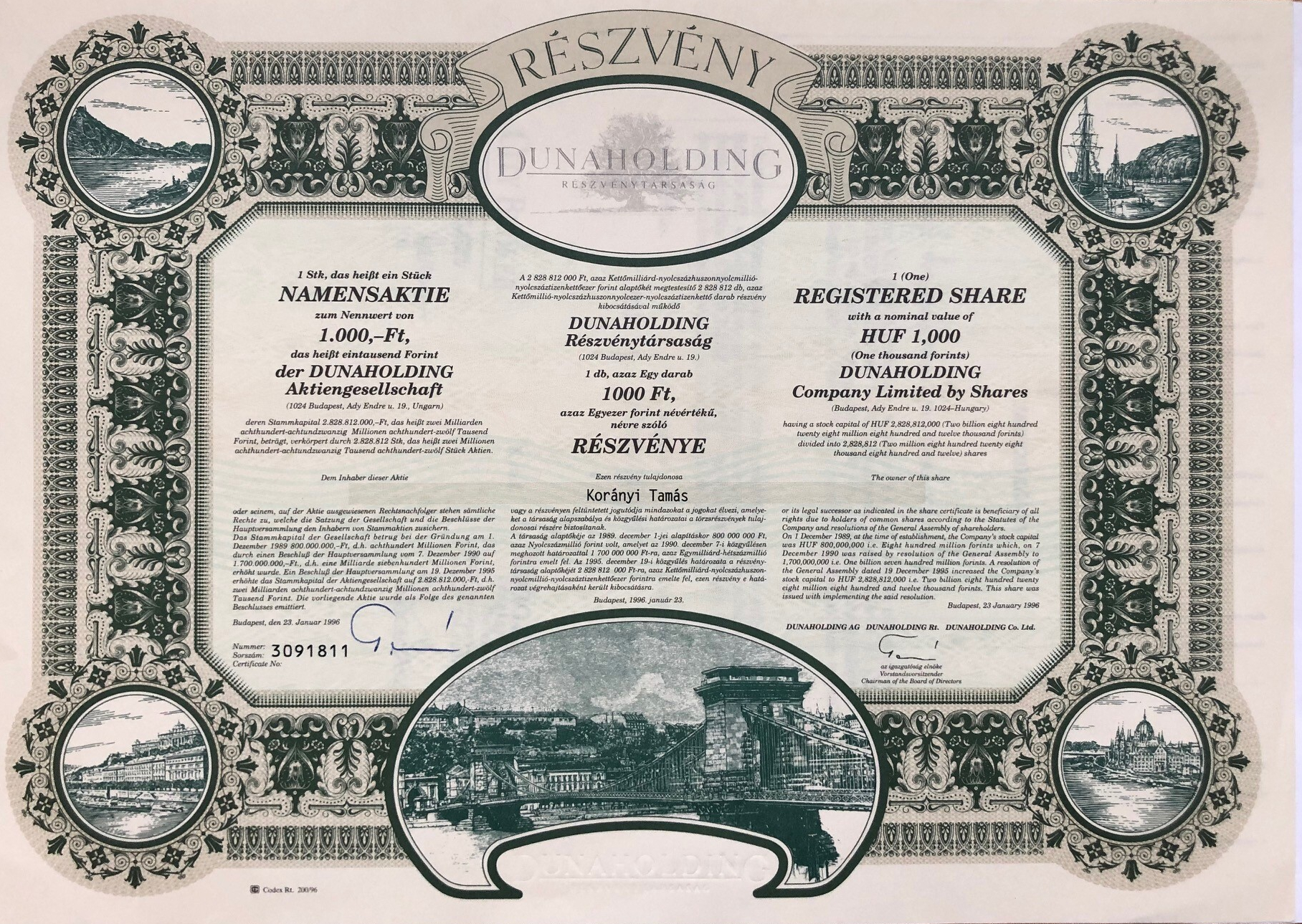 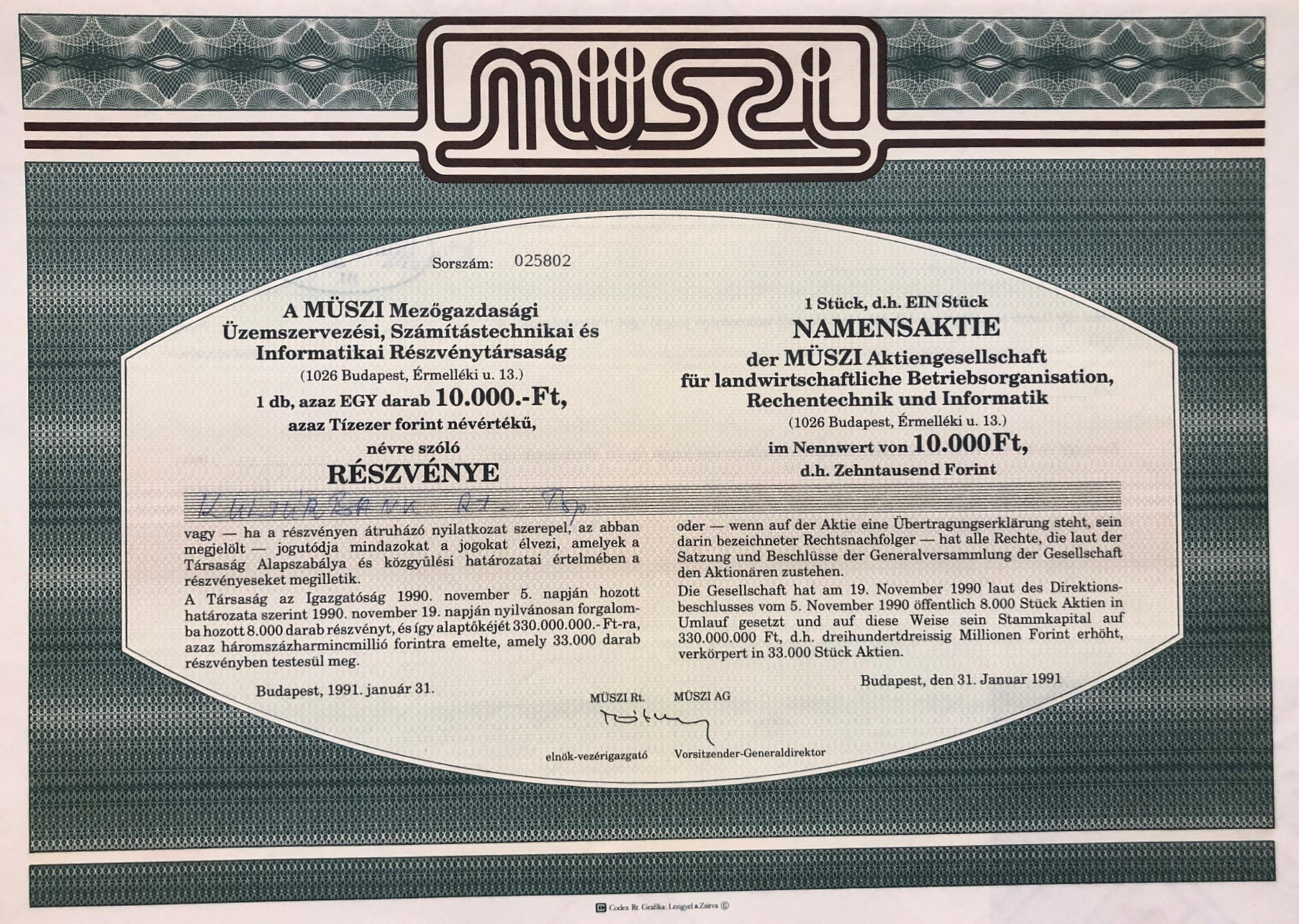