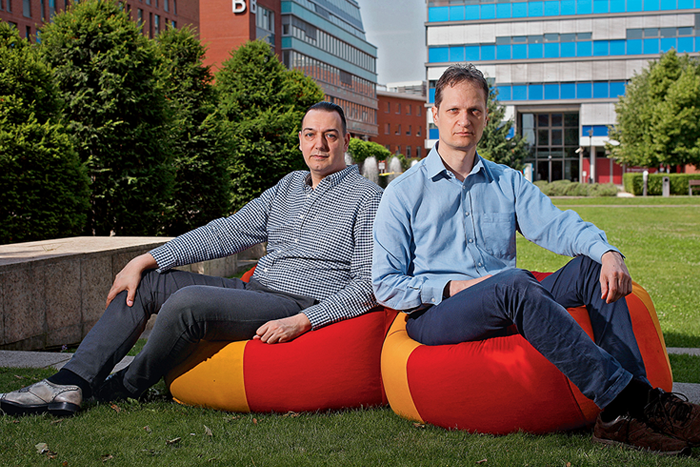 Barion offers online shops a quick, cheap, and simple payment platform, a competitive alternative to Stripe or PayPal. Originally a spin-off company of what was an IT-oriented SME at the time, Sense/Net, it has taken only a few years for this Hungarian start-up to become more successful than its mother company.

When he studied in the Netherlands a good 20 years ago, Alex, or Sándor Kiss, could use his school ID card to enter the library, to access the internet, public telephones, any room, and even to pay for things. The young economist was impressed by all of this, as it was at the time when desktop computers had just become everyday equipment, the media had not yet begun covering the Internet and most the people did not even know what the world wide web was.

The roots of the Barion payment provider however, go back that far. At the time, however, eBay had just been founded, there was no PayPal and it was three years before Google took the world by storm. Today’s Barion wouldn’t have been even imaginable in such a setting, so let’s take a big leap forward in time. Sándor Kiss and Tamás Bíró (alias kisTom) started out doing web design. Not in any ordinary way either, as they started one of the largest Hungarian businesses in this field in the mid-1990s: Sense/Net. They developed websites for clients of various sizes, including the Hungarian central bank and T-Online. The company grew to become a medium-sized internet company with an annual turnover of HUF 400 million, meaning that its founders acquired a lot of business experience. Barion basically grew as a spin-off parallel from its core activities, from a hobby project into a very serious company with billions in revenue. But let us not get ahead of ourselves.

Tamás Bíró tells us more about the start: the two of them and their friends met in the Frigyes Karinthy Secondary Grammar School in Budapest, and, under the coordination of Tamás and Sándor, built up a strong web design company in two decades. In the spirt of diversification however, they brought up the memory of the Dutch card around 2013, and decided to create an all-in-one mobile payment solution. This became the first version of Barion. Luckily for them, they had the professionalism and foresight to request a so-called e-money authorisation from the financial supervision authority. This required capital backing of HUF 200 million, meaning that the background provided by Sense/Net was very useful. They found a great lawyer who could do the whole process, and thus obtained the administrative authorisation by the end of 2013 and could launch the developed service in spring 2014. The point of this service was that a prepaid balance appeared as e-money in a mobile application, and the accepting merchants had a small, flash-drive-like equipment to enable their cash machines to accept Barion. But they were ahead of their time. “I spent six months ‘marketing’ this solution wherever I could, but nobody was interested except for us. Nobody wanted it, so we soon realised that we should use the development for something else”, told Tamás. As they did not have an investor at the time, their previous business experience and intuitions were very useful. They started to offer Barion to webshops, as a payment solution that was cheaper and simpler than the ones existing at the time. “What we did was actually PayPal, only we embedded it into the data-driven business model of Google”, says Tamás, summarising the change in their business idea in a concise way.

By the end of June 2015, the result was a company that managed electronic financial transactions online, independently of cards and providers, and with particularly good conditions. It was therefore no wonder that the number of accepting merchants passed the 1,000 mark in the mid-2016 (see our graph).

Another innovative, outstanding work of the founders & managers of Barion was the development of capital raising. Since they operate in a quite attractive global industry that is growing at lightning speed, with the experience under their belt and success stories behind them, investors came knocking on their door. As they could also reinvest a part of the profits of Sense/Net, they were not forced to raise capital too early, when their figures were not yet strong. Instead, they organised a closed angel investment round, in which they managed to raise a total of EUR 200,000 (HUF 60 million) from four private individuals for a share of a few percent. “We explained our investors that they would be better off with a few percents of a multi-billion turnover company than if they acquired one-third or the half of the company stuck at a company value of a few hundred million HUF. Our goal was to reach a value of at least HUF 2.5 to 3 billion in the Series A round”, tells Tamás Bíró.

They were right: as of 2016, negotiations on the second round of capital raising continued in parallel with growth. In addition, they could also capitalise on the network of Roland Pecsenye, whom they knew from one of the four business angels, IND. A big transaction however, takes a long time, so they raised another EUR 160,000 in addition to the 200,000 from two new angel investors in a secondary offering. This was the time when Dániel Nemes, well-known in the world of IT, became their investor and a member of the board. (A secondary offering means that in the given round of capital raising, the existing owners sell from their shares.)

This bridging fund was very helpful, for two reasons. On the one hand, it meant another year of peaceful operations, one the other hand, the valuation of this issue of shares brought the company value up to EUR 8 million, which was then a reference point for a Series A investor as well. Finally, the big deal came in December 2017, when Home Credit, belonging to the holding company of the richest Czech billionaire, Petr Kellner, invested no less than EUR 6 million into this Hungarian start-up. This capital investment of nearly HUF 2 billion immediately pushed Barion into the group of the most valuable start-ups in Hungary. It instantly got into the class right behind the big four – Prezi, Ustream, LogMeIn, NNG – falling a little short of the heavyweight class of large businesses like IND, which raised capital a few years previous, or BalaBit. The transaction valued Barion to approximately HUF 3 billion, thanks to the innovative capital-raising strategy outlined in the foregoing. 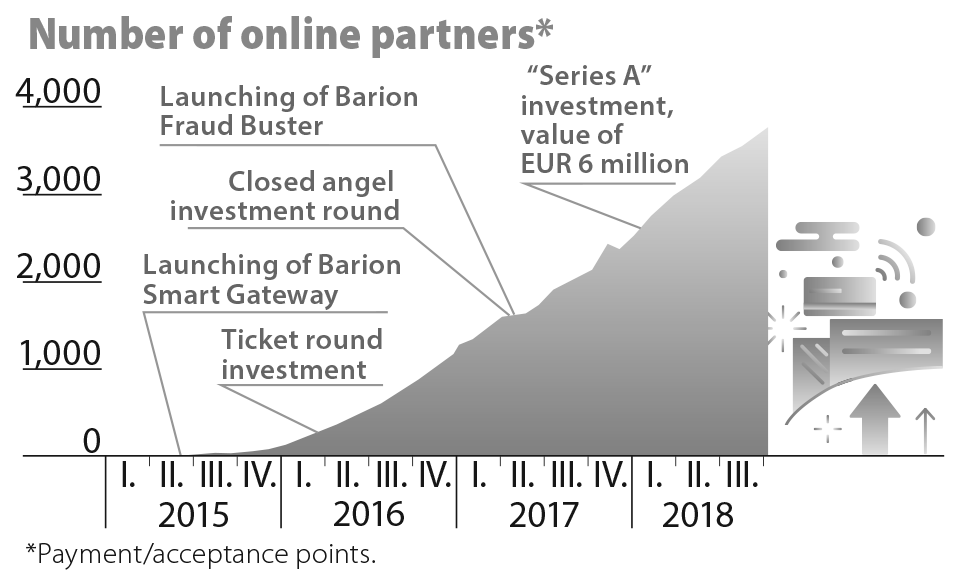 Funds come, of course, in two instalments, as soon as specific milestones are reached, as it is common in the industry or with such investments. What is, however, really important, is that their strong Czech partner allowed the company build its international career with full steam. In the first round, the target markets will, of course, be the Czech Republic, Slovakia, Germany and Austria, where they will have to compete with large international players such as PayPal, Stripe or the Czech GoPay. Due to the acceleration in international expansion and the increasing development tasks, they plan to expand the team from 15 to 30 staff members within a few months. In addition, they want to secure an even larger Series B investment round for summer 2019, with which they could easily catch up to the previous investment valuation of IND or BalaBit, gaining an undisputable position among the top 10 medium-sized technology companies in Hungary.