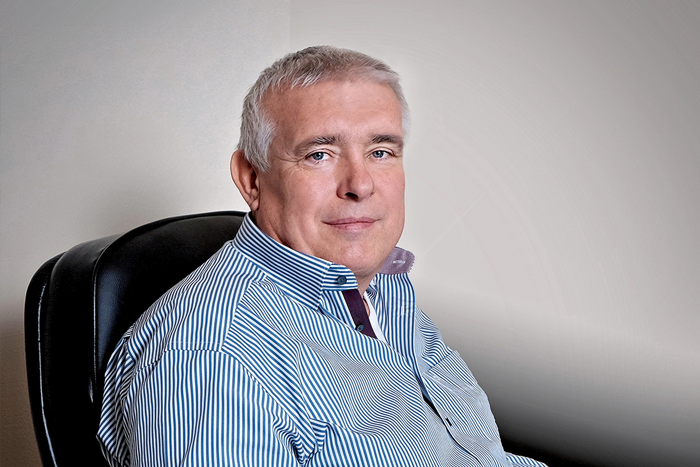 Instead of poor quality mass-produced products, Félegyházi Pékség established its reputation with high quality bakery products, and then started to actively build up its own brand. This Hungarian multigenerational family business had a total revenue of HUF 7 billion in 2017, a total headcount of almost 1,000, and nearly 90 own shops all over the country. They achieved all that by saving a mass production bakery from perishing, and then considerably extending it in the early 2000s.

The sector where mass production – especially the dumping of foodstuffs – is easy to detect is the making of bread and other baked products. The result of such mass production is huge puffy rolls that are empty in the inside, and almost inedible bread. This is what those bakers do not want to hear of who still use the more difficult and time-consuming ancient recipe, and make sourdough bread, even today, even in larger-scale production. Moreover, they do so for nearly 40,000 customers, who can also enjoy the quality products in the nearly 90 bakeries of their own brand, Félegyházi Pékség, an increasing number of which are becoming modern cafés as well. Amongst others, they offer delicious cocoa rolls and the Félegyházi Kifli, which is a traditional croissant-shaped yeast roll bearing the Félegyházi brand.

The path to their 2017 revenues, exceeding HUF 7 billion, was, however, quite long, with many twists and turns. István Gulyás, a businessman from Kecskemét, Hungary, was originally a first-class basketball player. His basketball and business careers developed in parallel. In the pre-1989 era, he ran food stands and small restaurants in the town of Kecskemét and its vicinity. At the end of the 1990s, he bought a derelict mill which was built in the 1920s, and invested years of hard work in restarting it. Not only did the basement flood, but some of the machines ended up partly under water. However, his persistence paid off in the end, and he could even restart the wooden electric mill as well.

He also bought the Kiskunfélegyháza bread factory in 2001, which had been languishing as the successor of the local baking corporation. It later turned out that this was a good strategy. Back then, the bread factory was in very poor condition. It had some 20 or 30 employees and ran far below its capacities. Having the mill and the bread factory in the same hand did, however, prove to be a good idea. But milling requires different skills, and improving the ancient technology would not have been commercially viable, as a modern mill was also under construction nearby, and small mills were slowly going bankrupt. Therefore, they sold the mill in the end of 2004, and the family business allocated all their resources to making bakery products. This is also a capital-intensive process, especially if the strategy is to maintain standards while developing technologically, even if one counts the poor conditions of the outset.

István Gulyás, his family, and János Csikász, who joined the team as the head of the bread factory in 2001, were too tough to just give up. By the onset of the crisis in 2008, they had become a very strong baking company. They had dozens of shops at the time, mostly in Kecskemét and in the surrounding cities. Their first shops opened in the town in the beginning of the 2000s; later, they also used them to test their new business concepts.

The fact that the economic downturn that started a decade ago meant rather a series of opportunities to them was mainly due to their hard work, beating the impossible, and the continuous reinvestment of profits. At the time, the Gulyás family had been visiting German-speaking countries for quite some time, and had purchased quality machinery and equipment. At the same time, they observed that bakery shops in the West were open towards becoming cafés and breakfast places.

The crisis came in handy, at least in the sense that shops in great locations were abandoned, but people could still afford a cup of good coffee and a sweet roll or a cheese scone in a quality environment, even though they could not afford a new car or house. So, they could expand their network of a dozen shops at the time into today’s nearly 90 shops.

The major factory-floor expansion and capacity extension project of 2008 was followed by another in 2015-2016, when they opened towards frozen bakery goods as well. This however happened after implementing another conscious strategy, which was to take branding to a new level. After the recession years passed, they definitively abandoned the model of simple bakery shops. Together with an artist couple in Kecskemét, they designed a new business image and shop decoration; they hired an interior architect to create new community spaces in larger shops and they created sub-brands. Today, their network has two dozen of large-surface bakery/cafés which they run under the brand name “Piknikség”, apart from the simple bread shops.

It must be mentioned that these are their own shops with their own employees and their own systems; thus, controlling the processes, they can guarantee constant quality better. They supply their large shop network extending over seven counties and Budapest, and the nearly 300 other shops that sell bakery goods from their own Kiskunfélegyháza bakery plant that has grown above 10,000 m2 by now.

The new image proved worthy of the investment, because the higher quality design and the shift towards catering increased the sales turnover of the remodelled shops by about 50%. It must also be mentioned that they pay special attention to the needs and feedback of their customers. This made them realise to include the wholegrain version of the cocoa roll into their product portfolio, as it has become one of their most popular products ever since. The Félegyházi Kifli (developed in six months) was also a success. It resembles the old, “standard”, crescent-shaped bakery product, but tastes even better, and is not the cheap mass-produced product.

The developments of recent years cost nearly HUF 5 billion, which came mostly from own funds, and only in a small measure from bank loans. Of course, large supermarket and hypermarket chains have their own “out-of-the-oven” bakeries, but they use premade mixes and foreign recipes. Another challenge is that as these large chains regard bread prices as marketing tools, only a smaller group of customers is ready to pay for quality. Owners of the Félegyházi Pékség are, however, still optimistic, as they believe that the long-term approach will be fruitful in this industry as well.

Succession is ensured, as not only István Gulyás and his wife work in the company, but their children, Gergő and Szilvia as well, who graduated from Budapest’s Corvinus University. The mother is responsible for finances, Gergő is the head of sales, and Szilvia is the head of marketing.