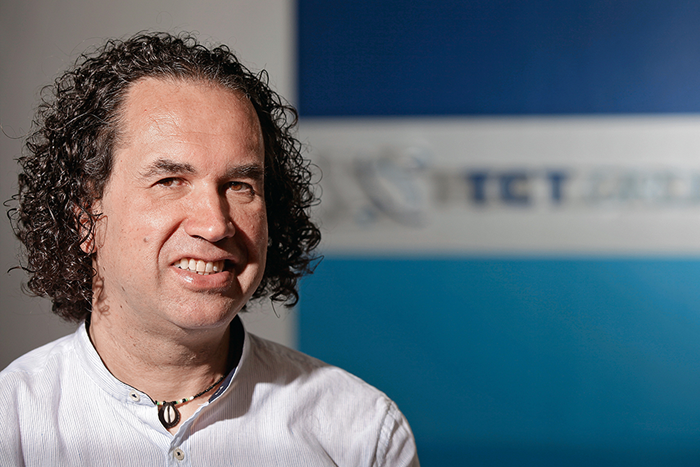 The TcT Group is one of Hungary’s leading telecommunications technology companies working in the area of customer service systems. Today, their primary goal is to increase their range of clientele for one of their most profitable products: JC360. Their most recent developments have focused on health-care hygiene and 3D metal printing, as well as developing the new logistics system of the Metro retail store group.

“We started as a project to digitise Express magazine with a bunch of friends – people who still work at that company to this day. We didn’t realise at the time that we were basically creating the foundation for the current computer-based telephone customer services”, says owner and CEO Attila Vadász with humility. For example, TcT’s predecessor, Memorytel Bt. provided MOL and MKB Bank with charge metering in the early 1990s. Later, after a study trip to the US, Attila Vadász had the idea to build up a contact centre. This worked out so well that both the major Hungarian mobile service providers of the time, Westel 450 and Pannon GSM (Telenor) bought the service, making this the company’s first step on this market with its innovative products. TcT was founded in 1995.

The creation and operation of contact centre systems is still one of the focal points of the company. They were the first in the CEE region to develop integrated customised customer relationship structures for international companies such as Allianz, Aegon, Telenor, Zepter, DHL, Groupama, Tesco, Spar, and FHB Bank. This division currently provides approximately half of all TcT’s business. “If we develop a very good product, there will be demand for it”, says the CEO.

R&D is an important aspect of TcT operations. “I prefer to focus on developments that offer a greater professional challenge”, says Attila Vadász. According to the CEO, he also uses this logic in employing new people: people who want to work here and have good ideas to develop generally get hired by the company. Thus the labour shortage is less of an issue for them, and they pay their employees well compared to typical market rates. The primary strength of TcT is that, compared to their competitors, they like taking on jobs and developing projects that others have dismissed as impossible. They design systems that have a potential for great success in the market.

As Attila Vadász explains, he has not generally followed traditional business development models. He could not directly manage and motivate everyone even back in 2012, when there only 30 employees. He was looking for an incentive that suited his requirements and that would increase company efficiency. The methodologies offered by consultants and the IT solutions on the market did not offer a perfect solution for the issues the manager faced. Thus, he created the JC360 software, which was initially only for his own company and to meet his needs. Thanks to this IT solution, he now successfully manages 100 people in Hungary and worldwide, from Peru to Japan. 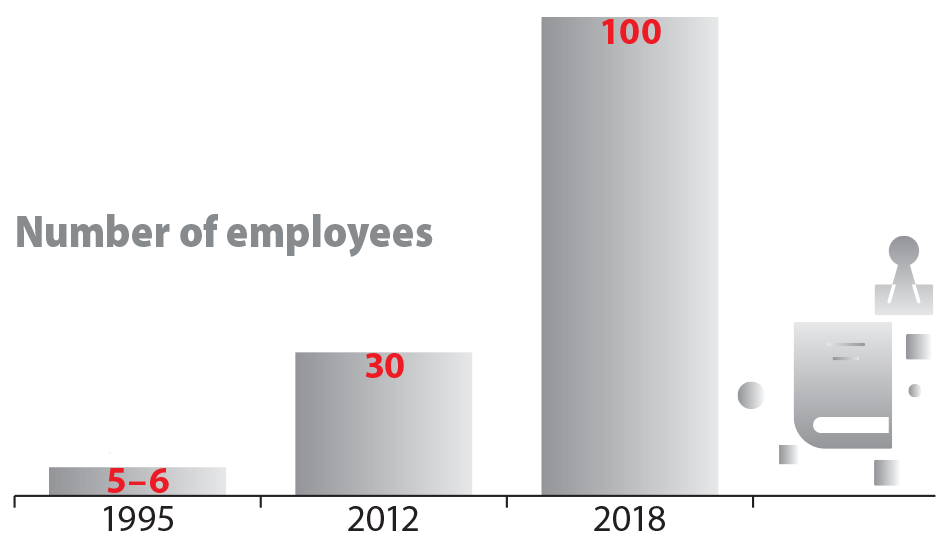 “Originally, we developed this programme for ourselves. Since then, it has proved useful for lots of customers, and it is a good tool for us to prove to the client how much work we spent on a project”, says the CEO and owner.

Basically, JC360 is an application that simplifies the managerial tasks of monitoring and following project progress. The programme “administers” everything, collecting data from various sources – with the consent and at the request of the employee, of course. Accordingly, it can identify which employee is working on which project, and also makes accounting much simpler.

The software can be customised from the very beginning for each company, and can be used to create motivation drivers and KPIs. Currently, the software solution is used internationally in 13 countries. Notable users include the Brazilian FCA (Fiat Chrysler Automobiles) service centre and Magyar Telekom (back office, call centre, project management), where approximately 3,000 people use JC360.

The software costs around HUF 150-300 per employee per day, and there also is a version, downloadable from a website, for small and medium-sized enterprises. “This may be the field where an increase of efficiency is needed the most, along with freeing managers from the burden of monitoring processes”, says Attila Vadász.

They focused on international growth in recent years, and this, as the CEO said, burned up company funds. “It is very expensive to build a market in Brazil, Peru, the US, or Japan, but so far we have had the funds for this”, the CEO adds. Until now, their expansion has been based on their own funds and export-support bank loans, but in the future, they intend to find other funding sources. In order to realise further capital raising and expansion, the company plans its initial public offering sooner rather than later.

According to Attila Vadász, the approach that JC360 represents is still foreign in Europe, and so far, they have been more successful in more authoritarian company cultures. Of course, they still have lots of Hungarian users, from companies with 20 employees to ones with 4,500. A quarter of their employees work on the project. “I have always been motivated by challenges, and I generally achieve my goals quickly. Now, as I have mentioned, I would like to turn our flagship product, JC360, into a globally successful business that revolutionises workplace efficiency”, explains the expert. India and China are their two main targets for international expansion.