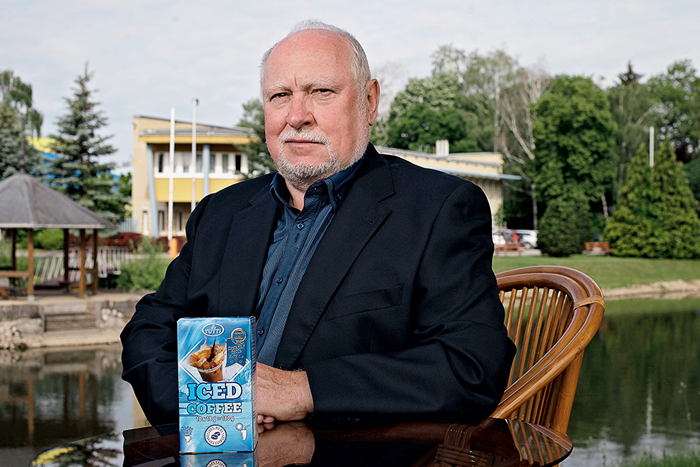 Tutti Kft., a manufacturer of ice cream and dessert powders and cocoa products, grows by 5 to 10% in an average year. Their expansion is due not only to their flexibility, but also to their constant product development.

Ottó Prohászka already had his name on several food industry patents when he decided to try his luck as an entrepreneur in 1985. His beginnings were humble: the company set up shop in a defunct pub, then later in an 800 m2 former bakery. The founder acquired the current site in the early 1990s after buying the estate from the Rábapatona hunting organisation. The place has changed a lot since, but the old hunting lodge is still well-maintained as a memento of these early times.

In the manufacturing facilities and laboratories around the small house, beverage, ice-cream, dessert, and pudding powders, along with refill materials for drink machines, and instant cocoa powders are manufactured. The list is not only long, but also ever-changing.

The leader of Tutti Kft. soon learned that flexibility was crucial to staying in business. The food industry has its own peculiarities: SMEs rarely manage to secure contracts for deals exceeding five to ten years. What is more, customers even have the option to review one-year agreements at three- or six-month intervals. They cannot structure their entire business around a single product or customer. The only thing to prepare for is constant change.

They produce house brand products – such as cocoa powder – for various food store chains, but as they believe in diversification, they make sure that their revenue from large chains never accounts for more than 30% of their entire yearly turnover. They do not want to depend on solely one sector of customers, therefore they supply numerous other commercial companies and the confectionery industry as well. In 2014, one of their major partners cut off the relationship suddenly and without warning. However, thanks to their prudent business policy, the sudden decrease in orders did not hurt the company. They do not have many brands of their own, as they believe that commerce is not their strength, and thus primarily focus on product development and production.

As customer needs keep changing – currently, products with low fat and carbohydrate content are popular – product development is a constant. They come up with five to ten new ideas on an average week, and they replace half of their selection about every three years. The company of approximately 100 employees spends more than average on research and development: they recycle 2% of their revenue into R&D.

In order to follow any changes, they must keep an eye on the international market. Anyone who wants to know what, for example, the future of sports nutrition will be has to watch the United States. Whatever is offered there will find its way to the Old Continent in a couple of months. This is why, at Tutti, they always keep an eye on international processes and visit many trade shows. As the United Arab Emirates are considered an important trade centre, they pay particular attention to events in Dubai. There are many Asian and African companies who visit these expos but not those in Europe. The founder is rightly proud that their ice coffee powder that won the Hungarian Quality Product Award in 2016 was also very well received in the Arab world.

Their ingredients – such as vanilla or cocoa beans – naturally come from abroad, but as they want to avoid excessive dependence on their suppliers, they keep strategic stocks for times when, because of bad weather or other reasons, the price of ingredients goes up.

They can adapt to market changes so well that even the financial crisis did not hurt them. In fact, they even expanded both their factory and their warehouses around 2008. They never applied for loans that they could not repay, and when many competitors went bankrupt in the difficult years, Tutti managed to take their place due to their developments.

The renowned business has received multiple offers for acquisition. One telling example is that of a British CEO who visited the Rábapatona headquarters. When he heard that Tutti was not for sale, he countered that everything is only a question of money. Ottó Prohászka quickly short-circuited the conversation by asking him, “would you sell your children?” 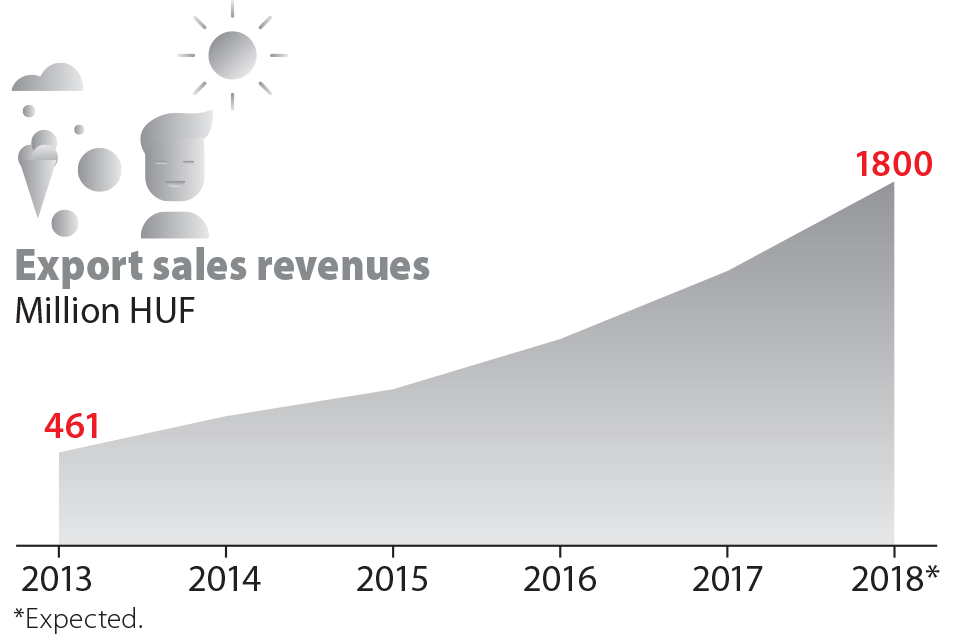 They started to focus on export 4-5 years ago: HUF 1.3 billion of last year’s 3.3 billion turnover was from export, and this year, if everything goes according to plan, export will make up 50% of their income. They primarily export to Western Europe and the Middle East, but they also have customers even further away. The company head was once called by a surprised friend who said that he had seen their logo on an island in the Caribbean.

As to the secret to their success, Ottó Prohászka says that one of their biggest strengths is in their reputation. “We have always paid back our debts, and we always stay true to our word. People know that our word is worth more than a fifty-page contract.” As he adds, value can only be created where the environment is inspiring, and where employees are given a pat on the shoulder when they do something right, and where their problems are listened to. The longest-serving employee has been working for Tutti since 1986.

Of course, as is the case for many enterprises that got their start around the regime change, the Győr-Moson-Sopron county enterprise is also faced with the issue of intergenerational succession. The son and daughter of Ottó Prohászka began visiting the company ever since they were young, and have held student jobs there as well. However, the founder only started seriously considering passing the baton a couple of years ago. He began by buying out his co-owners, then, when this one-year-long deal was finalised, and the Prohászka family owned the entirety of Tutti, he started to delegate to his children. The founder says he plans to leave the company’s life completely in two years at most. Recently, food supplements were introduced to the company by his son, Ottó Prohászka Jr.