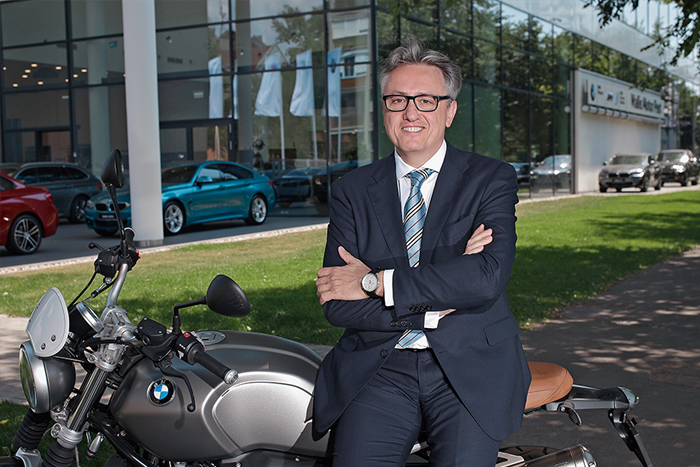 Long-term value creation is not only a great slogan for the Wallis Group, it is also present in their everyday operations. A clear proof of this is that the Group’s flagship car companies will soon go public through the already-listed Altera, and will obviously target the premium category.

The Group, more than a quarter-century old, has left its mark in the automotive trade, real-estate development, the manufacture of specialised flooring, and energy production; and have in recent years expanded into retail and startup incubation as well. As a matter of fact, they are expected to rearrange the current balance of power on the Budapest Stock Exchange because, through the influence they have gained on Altera, the Wallis’ companies dealing with vehicle trade and services will also go public.

Despite its diverse activities, many associate Wallis with prestigious luxury and premium car brands. This comes as no surprise, as the BMW brand is closely linked to the company. They opened the most modern BMW dealership in Eastern Central Europe at 95 Hungária Boulevard, Budapest two years ago. This dealership will certainly be offering models from the new factory under construction in Debrecen. The automotive trade is thus a strategic business at Wallis, and has been so since the beginning in 1992, explains Zsolt Müllner, CEO of Wallis Asset Management, as he begins to relate the company’s history. In the beginning, their main brands were Saab, BMW, and Land Rover. Later, they launched the retail business by building on the knowledge and experience gained in the beginning. Today, they are a automotive dealership group of several companies in several countries. The brands represented by the company included BMW cars and motorbikes, Mini, Jaguar, Land Rover, Maserati, Isuzu, SsangYong, and Sixt Rent a Car. Wallis started to distinguish itself from other wholesalers at an early stage: they brought professionalism into the independent, international distribution of certain luxury and premium brands. In Hungary, they have three larger BMW dealerships with a market share of almost 40%, and they were the ones to build up the Hungarian retail network of this popular brand. Premium services, which require a lot of investment because you have to be on the top of the market all the time, are extremely important in this segment. The group, consisting of Wallis Automotive Europe, Wallis Motor Pest, Wallis Motor Duna, and Sixt – Wallis Car Rental has a massive regional presence: about 50% of its revenues come from outside Hungary. They have recently expanded as a distributor in the Balkans, which added considerably to their earnings last year. Their turnover increased to HUF 66 billion , which is almost twice last years’ turnover. They expect that it will continue to increase dynamically in the next years as well.

Despite such achievements, they are not content to rest on their laurels – on the contrary, it only motivates them further. As Zsolt Müllner explains, in the coming period, they want to expand the activities of the car segment by bringing in new brands and seeking out new markets, while their midterm plans are to open new car dealerships, develop the existing network of dealerships and garages. As already mentioned, they plan to raise the necessary funds primarily by going public through Altera. This is one of the biggest investment events of the year, as it is the first time that the automotive industry – one of the most dynamic sectors of the Hungarian economy – appears on the stock exchange. After months of preparation, Altera will become the owner of the Wallis car companies. The first part, the initial public offering, has already closed, with Wallis having increased its ownership in Altera above 25%. After that, Altera gained ownership of the Wallis car companies through a capital increase in the form of a HUF 15.8 billion in-kind contribution. Last year’s turnover will make it the sixth or seventh largest company on the Hungarian stock exchange, and the CEO wants the company to get into the premium category. Choosing a new name instead of Altera could be a logical step, because Wallis is a very strong brand on the car market, even outside Hungary, and has a good reputation among foreign investors as well. Going public is a logical step for car companies, not only in Hungary, but in other countries as well, because they operate transparently and the opportunity to raise funds from the public capital market extends the company’s room for maneuvering during growth. In addition, being listed has a great marketing value, which further increases trust, one of the most important aspects of trade. Another important aspect is that the company’s activities are high-profile and very visible, which is important because people are more willing to invest in stories that are tangible or, given the fact that it is about the automotive trade, visible in the garage. Being listed enables investors to not only drive the cars sold by Wallis, but also to join their journey on the stock exchange floor.

The stock exchange and public operation are not new to the company: Wallis is the primary owner of Alteo, a an alternative energy company listed on the BSE that is seeking to join the global trend of sustainable development, which also supports Wallis’ long-term plans. Through its bonds, Wing, one of Hungary’s major real estate developers and which deals primarily with offices and commercial real estate, is also present on the capital market. This year, the company entered the residential real estate market, and, in response to the steadily expanding demand in Budapest, it started a 700-flat project in the city’s 13th District. Since 2001, the Wallis portfolio also includes Graboplast, a flooring company, which has been in business continuously for 110 years and is a prominent player in the industrial history of Hungary. The Hungarian Praktiker network, a DIY and hardware retailer, joined the Group after its German mother company went bankrupt in 2016. Wallis immediately turned the well-established brand into a success.

Given its essentially investment-oriented approach, Wallis is also present in the startup domain. The Group develops fourteen small or medium-sized startups. Among others, their portfolio also includes Bubbles, a chain of self-service laundry shops, and FoxPost, a revolutionary parcel company taking advantage of the increase of online sales.

The diverse activities of the Wallis group offer an unmatched opportunity to make the best of everything, and create a setting for natural synergies between even the most varied industries. After each acquisition, they keep the former management team in place, which has several benefits: they can learn from each other, and a strong management can also enrich the group. In addition to acquisition, the group’s seasoned asset management team also provides consultancy.

They do not stop with mere capital injections, but also bring a long-term strategic approach into the company, sharing their experience, particularly in the fields of HR, finance, banking, and funding. Accordingly, they are real company-builders who are now making the automotive industry a tangible investment option to everyone on the Budapest Stock Exchange.