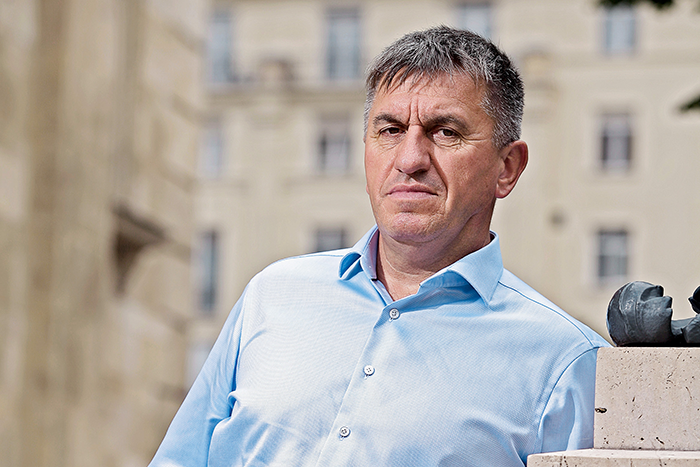 This year, Weinberg ‘93 has celebrated its silver anniversary, as it were. Indeed, owner István Derczó founded the company and began to building halls 25 years ago. Since then, they have also expanded to include the manufacture of steel structures. The Sárospatak company’s range of activities has been increasing ever since, as the management is committed to offering services with an ever greater added value.

The company’s name means “wine hill” or “vineyard”, and this is no coincidence. The founders chose this name partly for the sake of tradition (it is the name of a hill next to the town of Sárospatak), and partly because the company was created by the purchase of a piece of land next to that hill. Good wine is also important to them. They have their own wine cellar, and István Derczó is also the chairman of the supervisory board of the Confrérie de Tokaj – in addition to his many other social and charitable commitments. The company, which now generates an annual sales turnover of HUF 14 billion and covers nearly 10% of the hall-construction market, was originally founded – enviably enough – on the basis of personal trust and a good relationship between the founding partners. They got their first order without any references, and only on a personal guarantee. These values have been characteristic of Weinberg ‘93 ever since. Their business partner at the time (with whom they began a joint project in Ukraine) needed a 3,300 m2 production and warehouse hall. They embarked on the project, and it proved to be a good decision. It gave them a foothold in a sector (lightweight hall construction) that not many other companies worked in at the time. Jobs started to pour in, the largest of which was an order for four years. The manager remembers it as a decisive project: with a total value of HUF 3.3 billion, it was a great leap forward given the prices and opportunities available at the time, and opened the way for them to launch the steel structure manufacturing business in Sárospatak in 2002. Today, they have a 11,500 m2 production floor and state-of-the-art CNC machines. Quality is ensured by process controlling and the latest software. Similarly to many companies in the construction industry, 2008 was a major turning point for Weinberg as well. In that year, “out of the blue”, some partners suddenly pulled out of investment projects. The company thus opened up to other markets, and, as a result, found themselves in exotic places such as Mauritius, the Bahamas, or the Cayman Islands thanks to a Danish power plant building company. It was then that the Scandinavian countries became target markets. Thanks to the opening towards foreign markets, the company successfully weathered the crisis. Its growth in revenues only dropped for one year, in 2009, after which they began delivering the expected figures again. They first reached HUF 8 billion in 2015, then, in 2016, their sales turnover doubled, primarily because the company had matured to the stage where it could undertake the general construction projects of entire plants and factories. The share of exports has shrunk somewhat, because returning and new Hungarian partners are enough to fill up the order book.

In terms of steel structure manufacturing, foreign projects take up 30% of all their projects. They buy raw materials chiefly from Western Europe and import steel products primarily from Germany and Luxembourg. They process 8 to 10 thousand tons of steel structures annually.

The company’s range of activities has become increasingly complex over the years and decades. Besides the construction of halls, they now also deal with underground construction, architectural engineering, and the comprehensive construction of electrical, MEP, and technological systems. The basis for the development projects was provided by a major factory building project. An OSB manufacturer hired them to build its production site, which meant nearly HUF 6 billion. This required them to mature in terms of organisational structure in order to deliver the additional energy, attention, and communication that the project required. Currently, general construction accounts for 80% of their sales turnover, but they would like to increase the share of factory building – extraordinarily complex and interdisciplinary –, machine building, and engineering projects. They regard it as a positive feedback that they are building factory halls for many return clients. Their secret is that, if clients require it, they support the economically sustainable construction of buildings with their experience and innovative solutions, right from the outset.

They are always looking for ways to improve. Digitalisation and robotisation play important roles in the everyday life of the company, and they do their best to meet special requirements as well. For example, they have recently invested in a machining centre that can machine products weighing up to 80 tonnes. The labour shortage is nothing new for them, as they have been training future skilled workers since 2003 and offer on-the-job training to 30 interns every year. In addition, they have a sandwich training agreement with the University of Miskolc under which six to eight mechanical engineering and architecture students spend their internship with them. The interns typically join the company after their internships.  Weinberg has a direct headcount of more than 220, but if we factor in the subcontractors of various trades, then this figure goes up to between 450 and 500. The company is proud of keeping the family culture despite the dynamic growth in recent years. They come together to celebrate employees’ new family members, the so-called “Weinberg babies”, regularly organise family days, company trips, and this year saw the first summer camp in Sárospatak, for working parents’ children aged between 4 and 10. 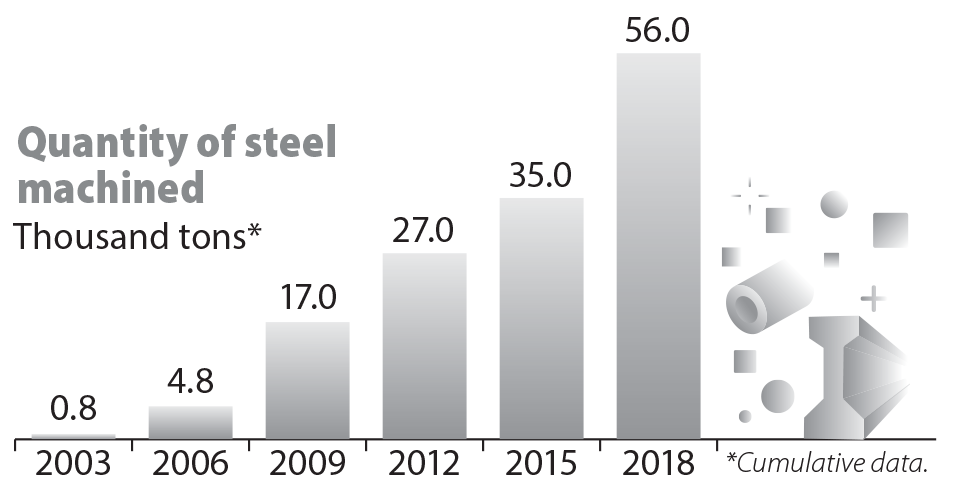 István Derczó sees a later stock market launch as a good opportunity, because they have already reached a firm position as a medium-sized company, and they want to become a major Central European corporation with a strong market position over the next five to ten years. The owner’s recent visit to Japanese companies confirmed his belief in continuous development and training. István Derczó is of the opinion that the key to success lies not only lie in endurance, energy, and communication, but also in teamwork, nurturing the relationship with helpful business partners, and a solid family background. His wife and co-owner takes active part in everyday tasks, and while their elder daughter is gaining experience in the field of marketing, their younger daughter is still planning to become a confectioner, despite her excellent grades in mathematics. As this is a real family business, the two sons of his brother also work at Weinberg as technical managers; hence the issue of intergenerational succession (though still not a pressing issue) appears to be solved. The managing director also sees his social role also as important. Weinberg ‘93 contributed to the construction of the recently opened sports hall of the Reformed College of Sárospatak, and he is also proud of the fact that he was made honorary freeman of Hercegkút in recognition of his work for the local community.