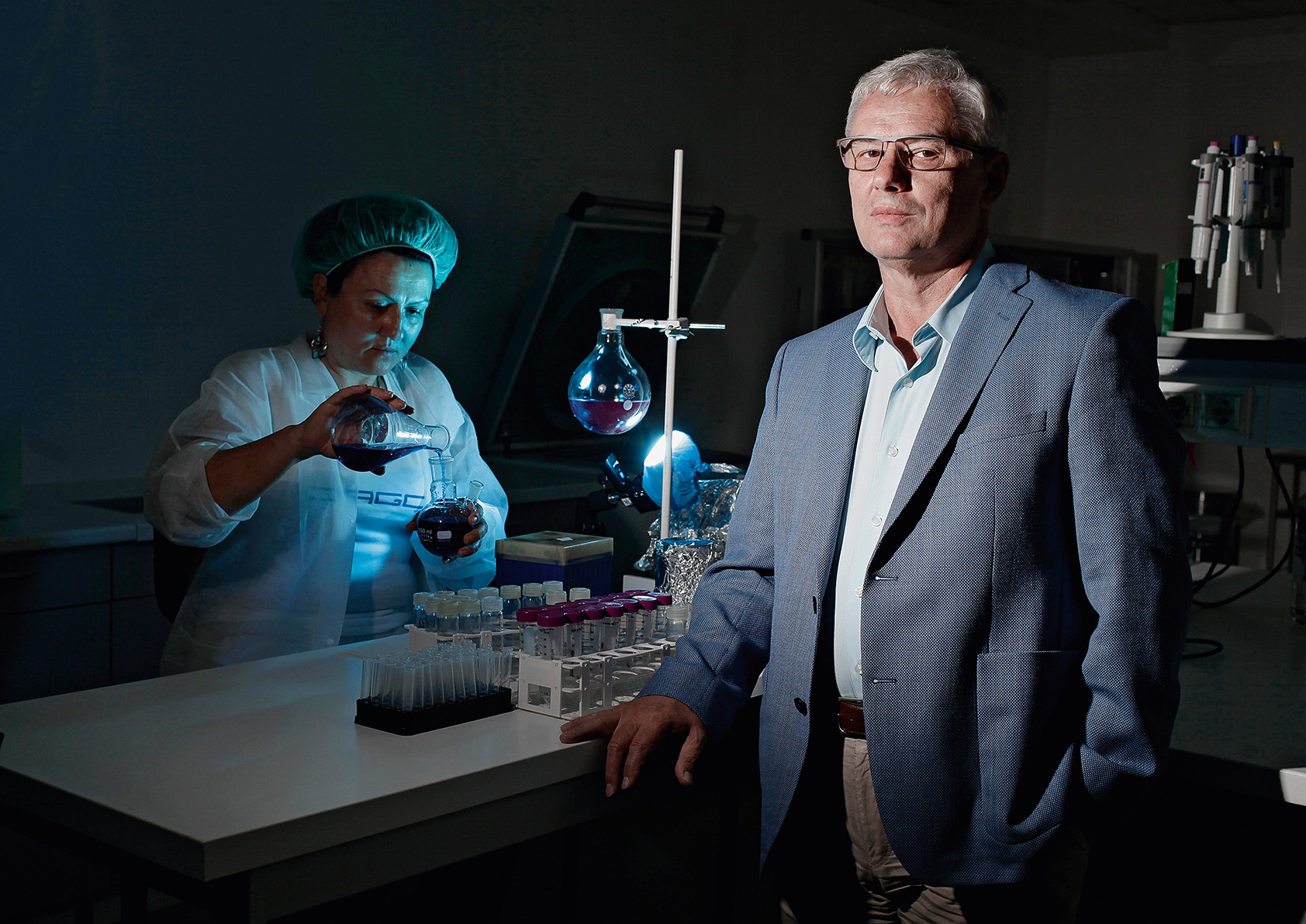 In less than three decades, Diagon, specialised in blood diagnostics equipment and reagents, went from a tiny business to a global leader in its field.

One of Hungary’s most successful blood diagnostics companies was launched back at the time of the regime change. As CEO dr. József Kern recalls, they were granted a five-year exemption from taxes. “You can imagine what a queue there was – only the early birds had a chance to hand in their application to start a company in time”. Dedication, hard work, and agility have continued to be the hallmarks of Diagon.

Dr. József Kern worked for years as a researcher not only at the Hungarian Academy of Sciences, but also at the UN’s International Atomic Energy Agency, including a stint of several years in Asia. It was only two years after its launch that the laboratory blood diagnostics business, founded in the 1980s as a “gmk” (economic work association) was first able to sell two litres of the reagent solution it had developed for blood count analysis. What started out as a part-time job soon became a full-time undertaking. By the mid-1990s, the small and flexible reagent supplier was providing not one, but one hundred labs in Hungary out of the eight hundred in operation at the time, with their cutting-edge product developed in-house.

The bankruptcy of the well-known Medicor medical technologies corporation helped them break into the Brazilian market, while dr. József Kern’s former Asian contacts helped them to get into Indonesia. Diagon has production facilities in both countries, as well as a commercial subsidiary in Romania. At the turn of the millennium, they were present with their products in nearly thirty countries through their distributors.

Meanwhile they also got involved in the distribution and maintenance of the lab technology equipment to ensure the diversification of their operations. This small Hungarian business has been able to hold its own on the international scene by always keeping its focus. “We didn’t get involved in various different businesses, mostly reinvested our profits into R&D and introduced innovations that propelled us to the forefront of this relatively narrow segment.”

Their second major focus was a new reagent for blood coagulation tests, developed in 2004, and launched well before the crisis. They have also developed an entire range of instruments under the name Coag, based on their knowledge of the sector’s needs. “It’s not about having a hundred or a thousand researchers, but whether you have experts with top-level, world-class knowledge”, explains the founder. They have the numbers too, however, as the staff of the Hungarian company has grown to nearly 200, of which 35 are researchers. They have another 150 employees throughout their international network, and counting the employees of their distributors as well, then this medium-sized Hungarian business provides a living to over 1,000 people.

At this point, nearly half of their revenues are generated by the sale of blood coagulation reagents and the equipment developed in-house for these. According to dr. József Kern, this unique line will drive even more revenue for the company with blood coagulation problems becoming an increasingly widespread issue worldwide. They also expect to see more growth in revenues from their unique blood count analysis device for the testing of analysers of nearly a dozen different brands, making maintenance faster and cheaper. They launched their own reagent solution on the Chinese market at the turn of the millennium, and expanded into India a few years later by collaborating with a local partner. Last year, they built a new reagent manufacturing site in Austria as well.

They handled the crisis by marching forward. By reinvesting a significant part of their earlier profits into the company and by making investments, they were able to implement several multi-billion forint developments. In addition to the flexibility which is expected in the sector, they were thus able to offer significant innovative values, and take their operations to the next level compared to their competitors.

Beyond their achievements, the high level of profitability of the sector also contributed to receiving several buyout offers. However, they have never needed external capital. In July of this year, they entered into a close cooperation whereby they will have the opportunity to increase their international presence even more. They have recently entered into an agreement with Japanese global corporation Horiba Medical for the development of a complete blood coagulation diagnostics portfolio based on the afore-mentioned Coag product range, while also keeping their own devices.

This will grant the company access to Horiba’s gigantic sales network, and help turn them into an even more prominent actor in this important niche market.