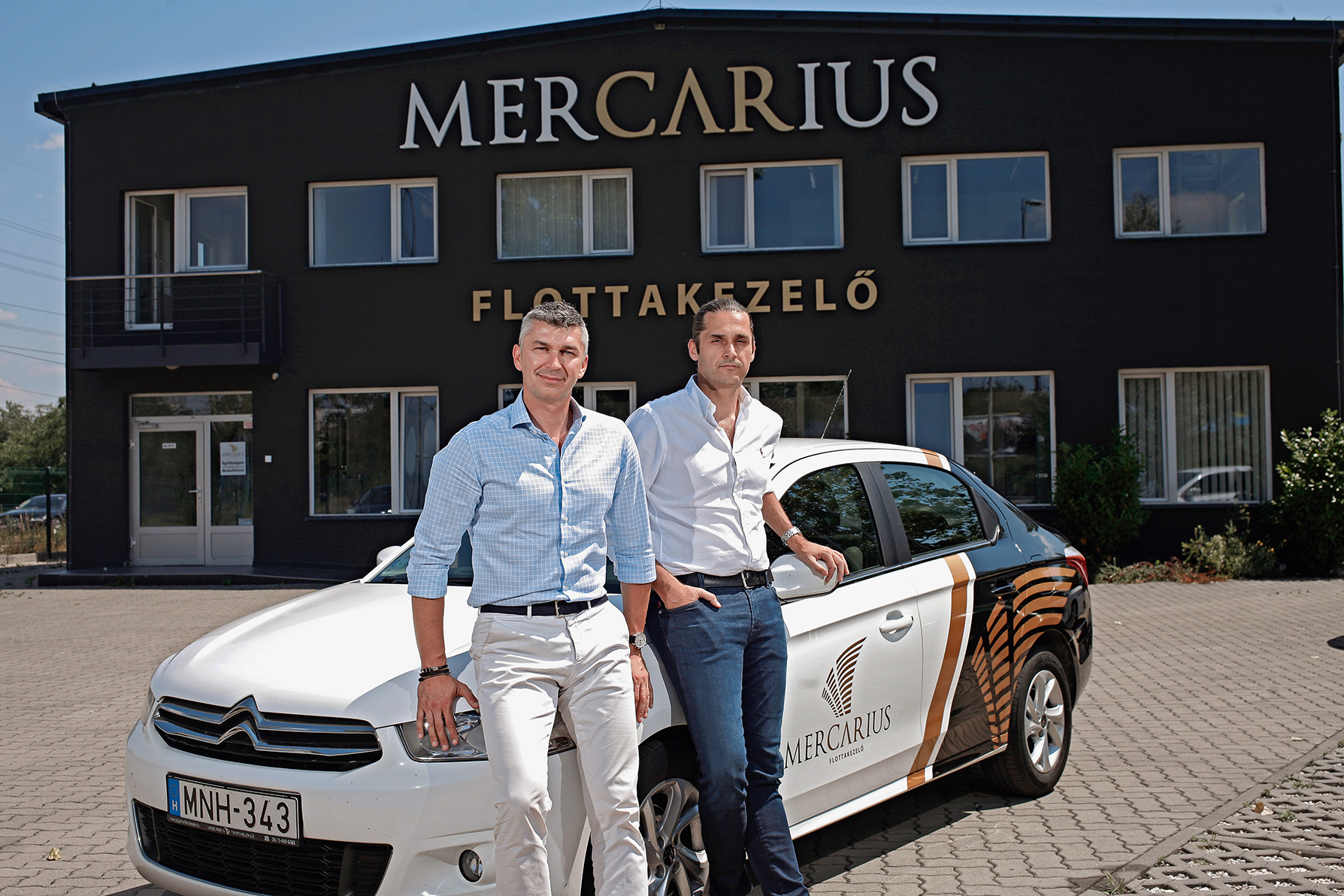 Providing its own services on its own premises, all in a way that clients have practically nothing to do but drive. This Hungarian fleet management company offers unique solutions.

Mercarius Fleet Management Ltd. grew out of a simple garage business, which was founded in 1996 under the name ÁgoStone. In the beginning, it focused on conventional car rental, but when automotive sales in Western Europe took a downturn, it was forced to consider other avenues, managing director Róbert Koleszár explained. Even though at the time fleet management was still in its infancy, they saw it as a breakthrough opportunity. That is how, over a period of twenty years, Mercarius became a major player on the Hungarian fleet management market. As for what makes it unique, whether it is short-term car rental, new vehicle purchase, financing or a pricing scheme guaranteed to be fixed over several years, Mercarius offers all this without the constraints found elsewhere. As the company puts it, they offer solutions that meet real needs. The cars are used for 3-4 years. The customer is charged a fixed leasing fee, and otherwise only has to pay for the fuel. Through the use of various funding sources and leasing schemes, they continued to expand, and at the same time, created new service packages for their clients.

What separated this Hungarian-owned company from international fleet management companies was that it provided its own services on its own premises, all in a way that clients have nothing to do but drive.

While in 2008 it had only 30 employees and 600 vehicles in the fleet, the company now has a staff of 60 and owns several thousand vehicles. One of the owners, László Szűcs, who joined the company in 2011, underlines that their headcount increases continuously with very little staff turnover. The dispatchers are the same, and so are the people changing the tires and making repairs, which promotes a sense of trust. Despite this reassuring continuity, the company has been developing constantly, thanks in no small part to the new owners, whose support helped it weather the economic crisis. Together with the management, it developed a new business plan and strategy: for example, it re-positioned its clientele, reduced its foreign currency exposure, and obtained a capital injection.

As to how the owner and the managing director define success... In addition to the afore-mentioned dedication of the staff, last year’s revenues of HUF 2.9 billion is clearly a sign of success. Moreover, since the change in ownership, not only their turnover has increased, but their profits as well.

They are also proud of the fact that their clientele encompasses a broad range of various industries. Though predominantly, their major customers come from the energy and pharmaceutical industries, over the last few years, they have received an increasingly large proportion of orders from the public sector as well. For example, most recently they bid on and won a tender announced by the Hungarian Railways. With this expansion, they will become the third or fourth largest fleet manager in Hungary. Another indicator of their success is that they no longer have to chase after funding, as the banks are happy to finance them – in fact, they are in contact with 4 or 5 financial institutions.

Looking forward, they see it as a trend that credit institutions will get out of fleet management because of the too many risks involved, resulting in a redistribution of the market. This could also generate further growth. The company’s leaders want to strengthen their presence in Hungary, meaning they have no plans to expand to international markets at this point.

They do not exclude the possibility of getting listed on the Budapest stock exchange in the future, as this could bring them more recognition and possibly increase their clientele as well. As a company with a high margin and rapid growth, it has significant currency growth potential, which means going public would presumably proceed smoothly.