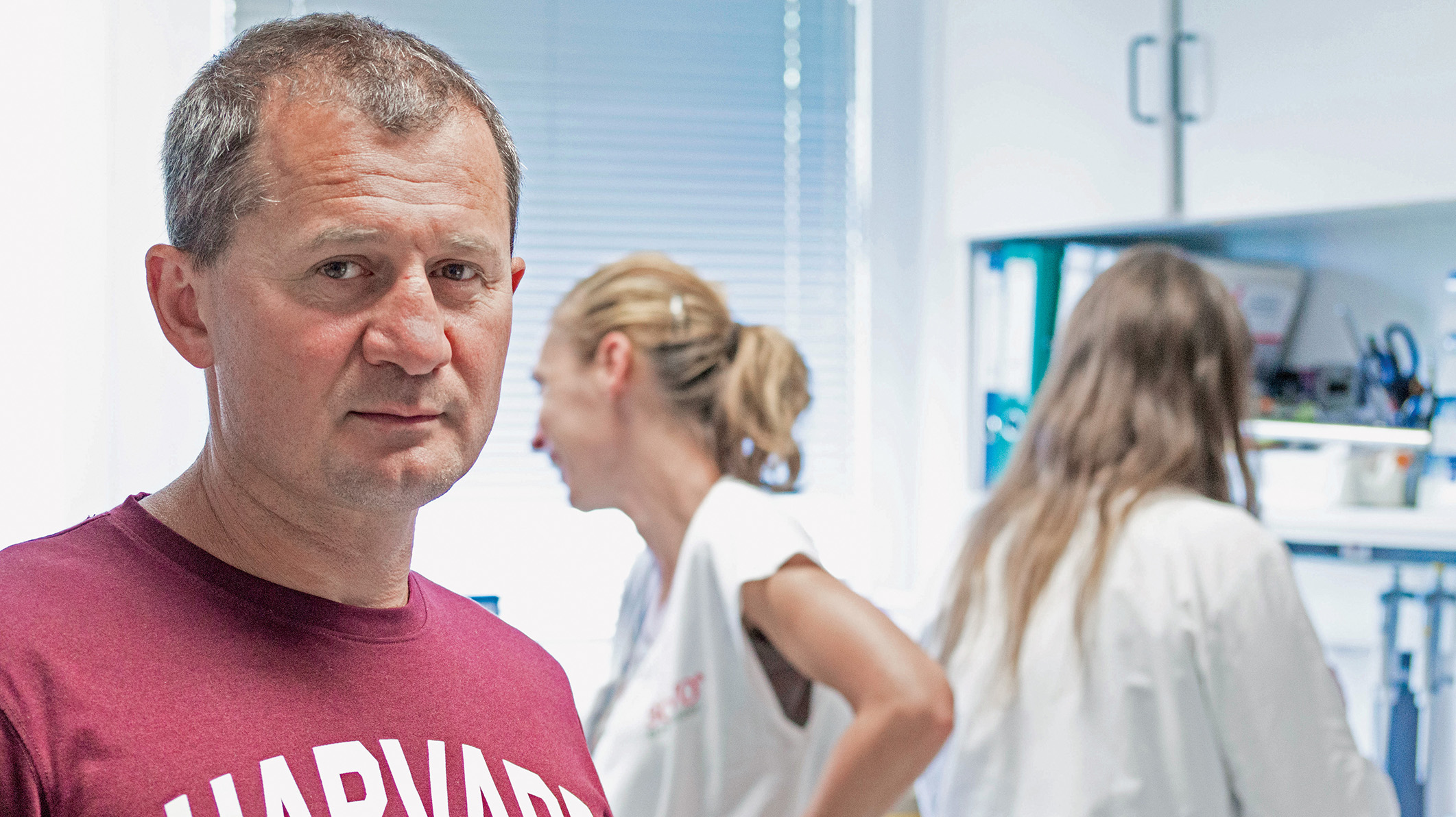 Using its unique solution, Solvo Ltd. can improve the speed and the safety of pharmaceutical research projects. The Hungarian research company is a global leader in its segment, as illustrated by its great figures.

Solvo, built around the findings of Professor Balázs Sarkadi and his research team, has been led by Ernő Duda for nearly two decades. He is a genuine serial entrepreneur, who is behind the success of several businesses including Copy General and Antikvárium.hu. Although at first glance, biotechnology seems a far cry from his previous businesses, as the child of researcher parents he had a good idea about the prospects of the research sector. He also teaches the business aspects of biotechnology at several Hungarian universities. Today, Solvo is one of, if not the, biggest international biotechnology success stories in Hungary. Albeit in a well-defined niche segment, the business, founded in 1999, has become a world leader. Although it would be hard to condense what they do into one sentence, they essentially offer a solution which simplifies and expedites the pharmaceutical research process, one that can take up to 10-15 years and cost millions of dollars even for a single new active ingredient.

“As a general rule, a global pharmaceutical company expects to spend around one million dollars for each research day, which means the time it takes for a new active ingredient to get marketing authorisation is no small matter”, explains Duda. The company developed an innovative solution related to so-called drug transporter proteins, which, as a result, are now garnering more attention in pharmaceutical research. As their name suggests, these proteins are responsible for delivering the molecules of a pharmaceutical product to the appropriate parts of the body. Solvo’s main focus is using a system to help decide whether a new active ingredient would interact with other drugs on the market. For example, in addition to delivery to the brain, another important consideration for a drug used to treat Alzheimer’s disease may be whether concomitant use with the hypertensives or antidiabetics most commonly used to treat Alzheimer’s pose a risk.

Since interaction with tens of thousands of drugs is impossible to explore, Solvo develops biological models that can be used to predict interactions before hundreds of millions of dollars are spent on further development, testing and clinical trials of an active ingredient.

Using the solution provided by the company, the side effects of drugs and their interactions can be studied at molecular level even without expensive, time-consuming and often seemingly inhumane animal testing. Solvo’s technological advantage as a market leader is hard to match even for more capitalised companies.

According to Duda, the company’s biggest asset is not their equipment fleet that is worth over one billion forints, but the know-how of their team of nearly 100 researchers and their 18 years of experience. It would be impossible for competitors to reduce this time using only a few researchers and to operate at a large enough profit afterwards. In addition, as a result of the company’s technological leadership and position as a market leader, it receives many orders without encountering substantial price competition.

Since only developers of originals, which are typically located abroad, use their services, all of their nearly 600 customers are based outside Hungary (in about 40 countries), which means that while all their revenue comes from abroad, their costs remain at the Hungarian level. Thanks to strong financial performance, they are only really interested in raising capital if negotiations with their acquisition targets take a more serious turn.

One of their two labs is located in Szeged, which provides the university there with important international contacts and offers students great opportunities. The company also benefits from this collaboration. They are also in contact with a further 50 higher education institutions around the world. They have recruited researchers from all over the world, including the USA, Japan, France, Germany, Italy and the Netherlands, and have also managed to convince Hungarian professionals working in international laboratories for the past 5-10 years to come back and work for them.