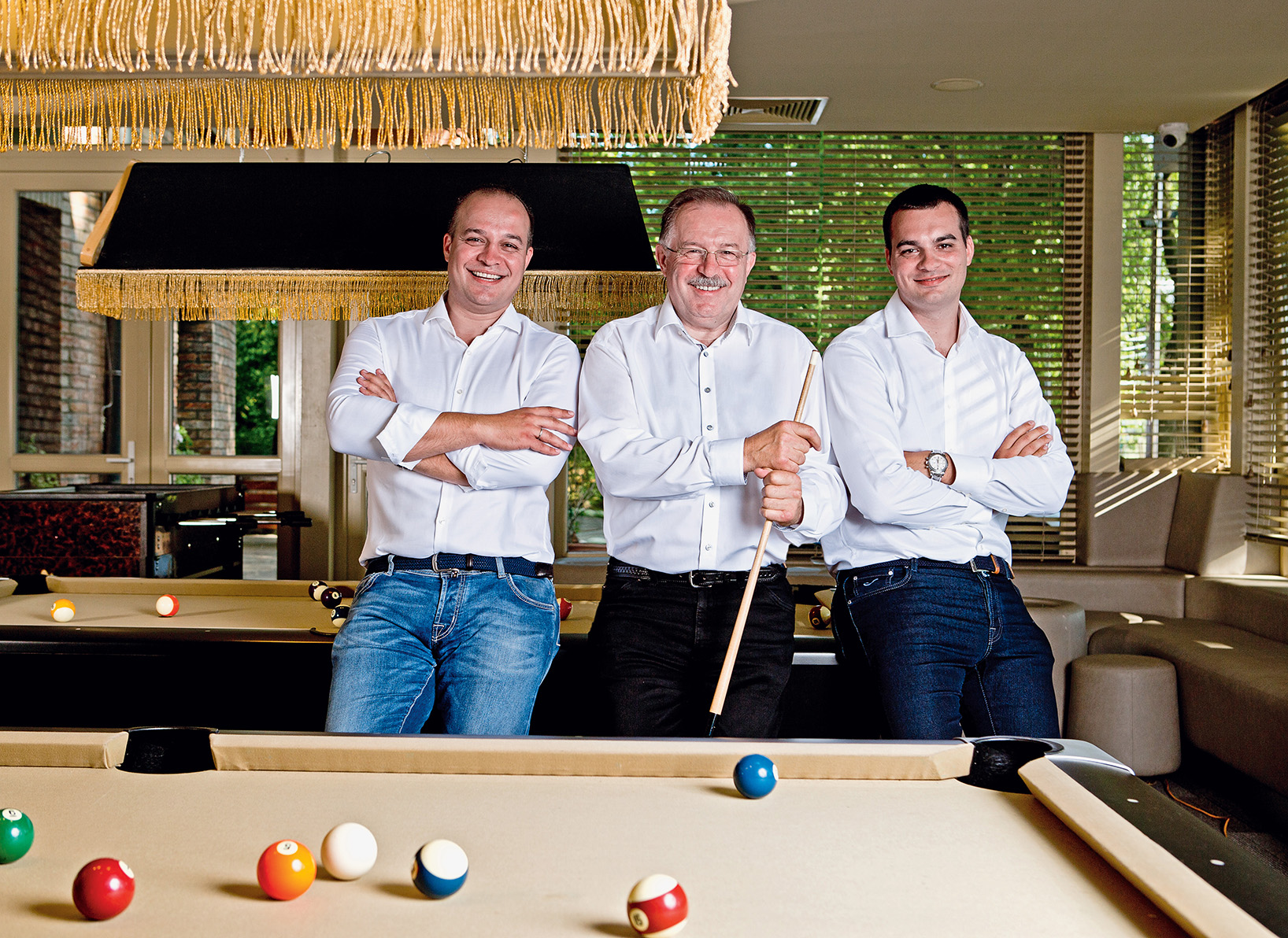 For four generations, the Bárány family have been experts in poultry farming. It is thus no coincidence that they are the most dominant actor on the Hungarian market in their segment and may soon become a global player.

Several generations have connected the Bárány family to poultry farming. Company founder László Bárány’s grandparents were already in this business. He has been building what is now Hungary’s most influential poultry family business for nearly 30 years. However, the management of the company is increasingly taken over by his two sons, László Bárány Jr. (age 40) and his brother, Péter Bárány (37).

The founder started out in the business as an agronomist at the Kisvárda branch of Hunnia-Coop, where, after becoming familiar with integration, he soon became a manager. He was Chief Production Officer in 1988 when he first went into business for himself, keeping breeding hens and hatching chicks. After six years of being a sole proprietor, he founded Baromfi-Coop Kft. in 1994, which encompasses the company group’s agricultural portfolio, and is still owned by the family. Over the years, the “family package” has grown to include additional activities and companies. In 2013, they began laying the foundations for entering the food industry by building a processing plant. László Bárány takes pride in having achieved rapid growth but always in an organic manner, without privatising or acquiring businesses that belonged to other communities or organisations.

According to family legend, which ties in nicely with the history of the family business and its economic expansion, they managed to snatch the assets of the bankrupted Hajdú-Bét Zrt. from under the nose of state-owned Bábolna Zrt. in 2004.

In early 2010, two larger companies retained control of the main production operations within the company group which also owns smaller companies: the above-mentioned Baromfi-Coop Llc. and the similarly family-owned Mastergood Llc. The former is the area of expertise of one of the sons, Péter Bárány, while Mastergood Llc., representing their food industry portfolio, is managed by the other son, László Bárány Jr. Though the company founder no longer takes part in daily operations, he has responsibilities in connection with the technical preparation and implementation of investment projects and making the arrangements for founding companies outside Hungary. The smart management of organic waste is also the department of László Bárány Sr.

“In the agricultural area covered by Baromfi-Coop Llc, there are currently operations at 29 sites”, says Péter Bárány. In their breeding operations, they produce hatching eggs, and they also produce feed for both laying hens and broilers.

“The monitoring of our operations is supported by our own veterinary and laboratory facilities, and our agricultural portfolio is expanded to include various services such as cleaning, packing, and maintenance. Nothing of value may leave the system, which means poultry manure is also processed, and after fermentation, is used to produce a state-of-the-art organic substance which is important for organic farming as well”, points out Péter Bárány.

“Every phase of the chicken processing takes place within Mastergood Llc.”, adds László Bárány Jr. There are two sites that belong to the company representing the food portfolio: Primary processing of the chickens, that is slaughtering, cutting and packaging, is performed in Kisvárda.

“The processing plant in Petneház produces two types of products: the so-called ready-to-eat or convenience food, 99% of which is destined for export, and the products prepared in the cooking/breading plant, with a similar export rate. Exports dominate in the company group’s sales. We purposely focus on external markets, because expansion within Hungary would have led to over-production, which would have been sanctioned by the retail sector with persistently low prices.”

The Hungarian group, which accounts for nearly 32% of chicken meat production in Hungary, produces 30% of the chickens at its own sites. This year, they slaughtered 45 million birds, and plan to reach 62 million a year by 2020. In addition to the 15 new poultry facilities planned, they are also building a modern cutting plant in Kisvárda with fully automated production and packaging.

The national labour shortage is making itself felt in Kisvárda as well. The company group has 2,200 employees, who are highly appreciated, and sets great store by succession planning, which is why they have an internship programme in place.

“We don’t fear the future, we prepare for it”, underlines László Bárány, who sees the integration of all production processes from the production of ingredients to semi-prepared food items as a strength of the company.

The cost of the investments planned for 2020-21 is approximately HUF 45 billion, with 30% funded from the company’s own contribution, and the rest will be financed from grants and bank loans.

In the end, the company owner returned to the fact that he had carefully prepared for intergenerational succession in the family business. Besides loving what they do, the children of the Bárány family received the best and highest professional training available.

“They went to good universities, and also travelled for study visits to Western European countries, where they had the chance to learn the latest methods and processes, including state-of-the-art technology.” Thanks to the collaboration between the generations, their business successfully combines tradition with a modern approach, which is becoming increasingly competitive also globally, making them an unavoidable player on the Asian and African markets in addition to Europe.