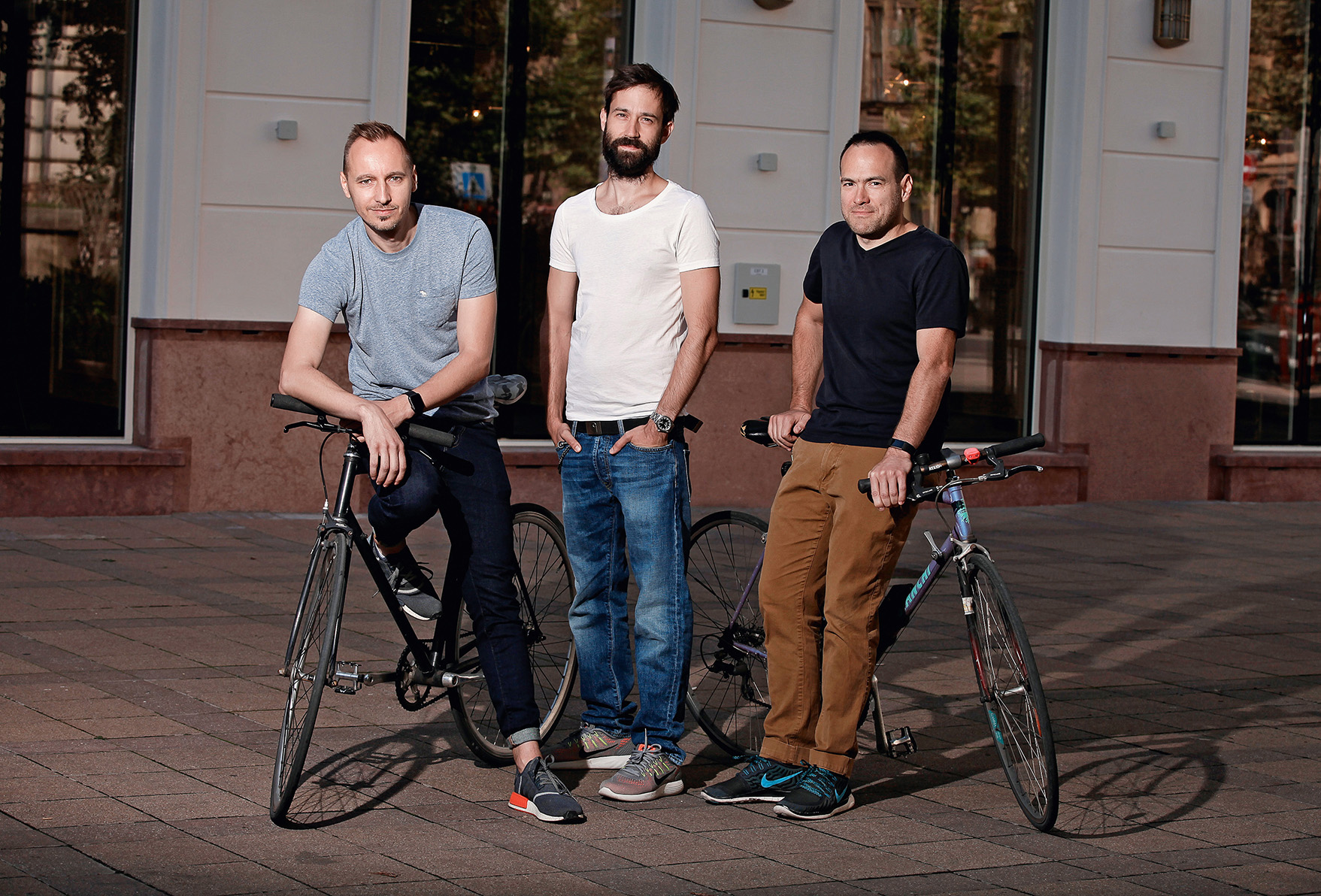 The last ten years at Mito were about continuous success and learning. They specialise in digital development and marketing solutions, as well as the design and implementation of communications campaigns.

Balázs Pőcze with extensive media experience, Albert Farkas with a more generalised, operation-oriented outlook and Balázs Kovács with a digital media background had been working together at a development company for one year before deciding to start their own digital-focused company in 2007. The dot-com bubble of the 2000s and the ensuing crisis also favoured their plans: their very first clients were household names including Cetelem Bank, Coca-Cola, and Sanoma. “For us it was a given, something the ATL agencies were less in a position to invest in because of the crisis. We won more and more digital tenders; meanwhile, our ATL business also grew stronger”, says Albert Farkas. Soon they began working for OTP and Vodafone, and then for Telekom. Of course their initial successes also brought challenges: their sudden growth in clientele resulted in the need for funding. While they had to pay their workers and subcontractors promptly, they had to wait 60 days or longer for their invoices to be settled. “For a short time, there were delays in the payment of wages, but we communicated everything in time and openly, knowing that all this was only temporary. Fortunately, everyone had faith in us”, said the owners.

A division management level consisting at the time of 8 or 9 (today, 11-12) people was created in 2009 for a staff of about 40-50 employees. Immediately below there are team leaders for every 5 to 8 people. “Organisational development is ongoing, there is no final phase. In addition to creating a client-oriented structure, we have also organised our staff into groups for short- and long-term projects. Next, account managers were seperated from the project managers, as the former are not expected to have extensive digital knowledge upon hiring. Typically enough, the back-office team was the last one to be integrated into the system”, relate the company executives.

The company, now with 170 employees, is continuously expanding its portfolio of services. Its development, digital, and ATL skills, as well as their integration give Mito its unique knowledge that sets it apart from its competitors. “What we do is branding, communication, web and mobile development, as well as associated consulting work”, says Albert Farkas. “This requires a wide variety of different skills and teams.” Plus, the needs of clients tend to shift over 2-3 year cycles. At the moment, for example, we have a lot of jobs requiring UX (user experience) and UI (user interface) design. To be able to remain competitive in the next period, we have to continuously stay on top of the latest technologies and implementation options such as chatting and machine learning. And of course there are always new technologies to be used, that we – and with our help, our clients – have to keep up with”, the heads of the company add. They have several partners in Europe, as well as in Canada and Australia. Today, 20% of their jobs are destined for the international market.

The company runs a programme called Mito Studio, in which any member of the staff can take part. It consists of projects which support the internal operations of the company, improve the climate and processes or involve some specifically start-up type developments. “Continuous learning, improving, and experimenting is part of our company culture”, says Balázs Kovács.

As human resources, the know-how – in other words, motivated, creative and talented staff – is the heart and soul of the company, they take great care to hiring people who are not only at the top of what they do but who are also able to work together as a team.

They encourage their employees with similar interests to also spend time together outside of the office by hosting Mito football and basketball games, a board game club, and a Mito nursery in the summer. “We should know each other, because if a junior copywriter needs to work together with a senior data scientist on a project, it’s not exactly ideal if they only learn to communicate with each other at that point”, notes Balázs Pőcze. They are working to pass as much knowledge gained as possible on to young people. Intro is mentioned as an example, where several talented career starters are offered a chance to learn about the basics of the creative industry. In addition, employees also give presentations at various events and conferences whenever possible. The company also has its own in-house initiative for this purpose: Mito Academy was created so that experts from different divisions can teach others about the latest trends in their field.

They also handle daily business flexibly. “The year-end revenues and profit is just a snapshot of our financial position. What matters to us is to be able to deliver the best quality for our clients.

We can only do this if we have the best team. With respect to finances, we are sensitive to cash flow and monitor it practically on a daily basis. We have already learned that not paying attention to this means putting what matters to risk. And we can’t afford to do that”, state the heads of the company. As they explained, they try to manage the company in the way they would handle a major project. Instead of one big decision, they make several small ones, and are not afraid to change them.