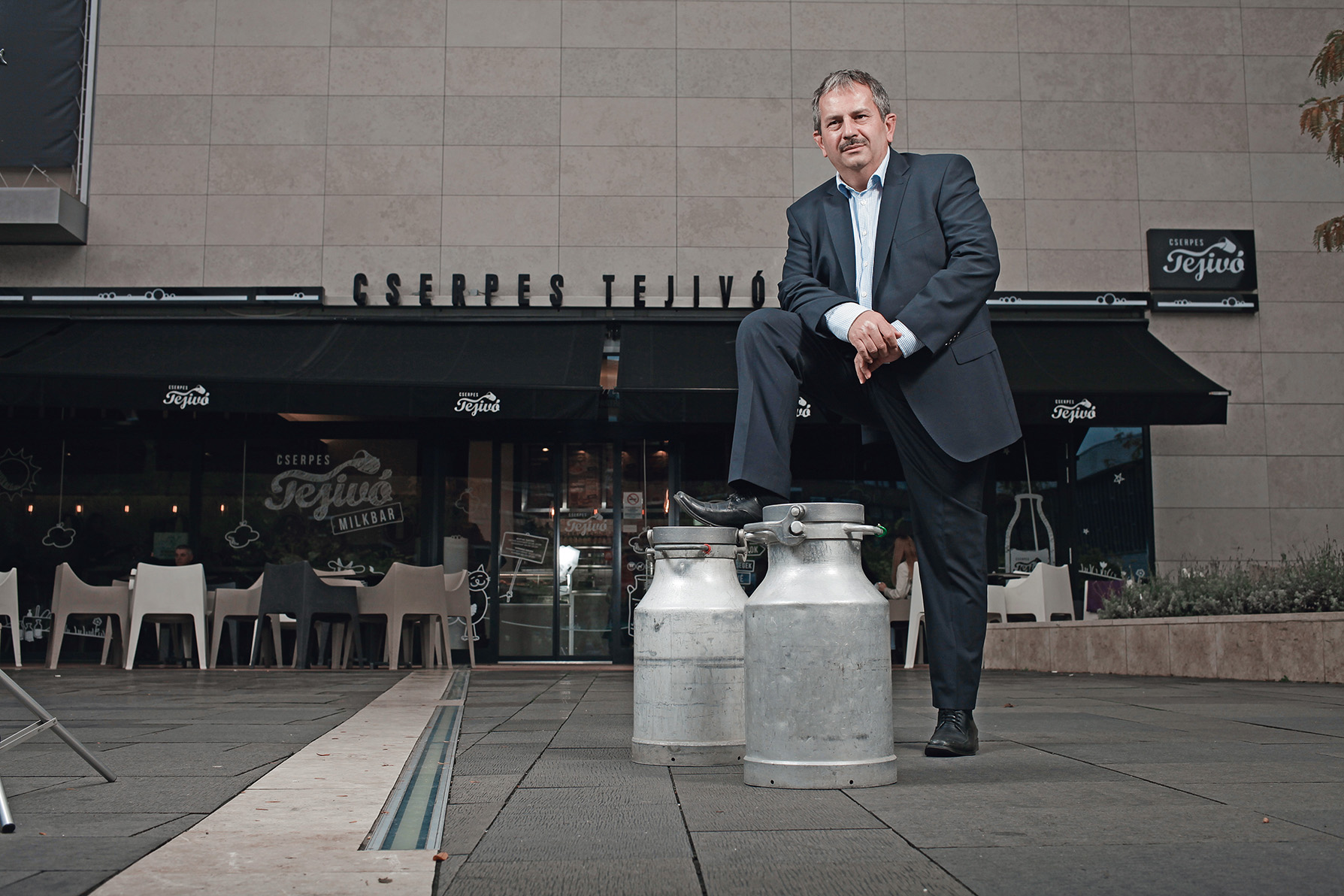 The greatest challenges currently facing Cserpes are related to its workforce. Meanwhile, the plant is becoming increasingly automated. In a few weeks a new type of store will be launched, followed by a new product.

Since July this year, Cserpes products have been available in the 30 biggest SPAR stores in the country. The company had been reluctant to allow this for many years - it was simply not part of their policy to sell their products in international retail chains. The owner, István Cserpes also told us why: they did not want the fierce price competition to compromise quality. “Since parting ways with Lipóti Pékség last year, we have reached an important milestone - we need to give our consumers the opportunity to find our products”, says the owner and director of the company. As a result of losing points of sale, the company suffered a significant drop in revenue last year. 2017 is shaping up to be very different though, with positive turnover thanks to the new sales channels.

It took some time for the 25 year-old company to find its true, trendy image. After the first few years, there were 20 people working at the company, which broke into the market with ricotta. The core of the current portfolio was first developed in 2005 when they started making high quality cheese, sour cream and yoghurt using first class ingredients. At the beginning they sold their products predominantly through mobile vendors and markets. The collaboration with Lipóti that started in 2007 was a significant driving force behind increased business success. Cserpes Tejivó milk bars have only been around for five years, since the company changed its image and gained widespread recognition, but their success is indisputable. At the time of launching its new corporate identity, the company had a staff of nearly 250. The first milk bar in Sütő utca opened in 2012 and was soon followed by others close to major hubs including Corvin, Allee and Mom Park.

The considerable achievements are slightly marred by the difficulty of not only retaining, but also finding staff. In Cserpes’s experience, new hires have a tendency to disappear after a week’s work without notice. He attributes it to the high expectations of youngsters, who were raised in a more relaxed way, and the shortcomings of the education system. “We cannot maintain high standards of service if some of our staff even need to be taught how to be nice and helpful to customers”, he explains.

The company, which currently employs 330 people, has two strategies going forward: firstly to develop their machinery and in particular, automation, and secondly, to focus on retaining and training staff.

In addition to its existing shops and bars, the company is introducing a new format, the Cserpessbe bistros, with the first ones opening in downtown Pest on Bank utca and at Kálvin tér. These will need more staff and will have a more upmarket, exclusive look.

The company’s plant has been developed continuously and organically since 1992 in line with growing capacity and demand. According to the director of the company, although they received some state subsidies in the 2000s, they financed their investments largely from their own funds. He says he wants to avoid getting into debt at all costs.

They have increased their initial production capacity of 1,000 litres manifold, and use the 20 to 25 thousand litres of milk supplied each day to make 66 different products. They have recently invested 150 million forints into building a deep-freeze warehouse with a floor space of 1,300 square meters.

Despite continuous innovation both in terms of operations and products - for example, they use their own jams to flavour their yoghurts - innovation costs do not form part of their budget, and neither do marketing costs since they believe in the power of word of mouth. Cserpes believes that good products will always sell. “I feel very fortunate that we have been able to work hard for 25 years and that we had the courage to leave our comfort zone. We do something others never even thought possible. We opted for a different path in which natural foods are not interfered with”, he says. Their latest product is a dessert named “Tejberizsa” (milk rice) prepared according to the company’s principle of no added preservatives or artificial additives, just like the rest of their products.

Their recipes are no secret, either. According to Cserpes, Trudi Túró Rudi (a chocolate-coated curd snack) is composed of nothing but curd, lemon oil, sugar and dark chocolate coating, similar to the traditional Túró Rudi.

To further boost business, they are considering installing 20 Cserpes vending machines. The exact locations have not yet been decided upon.  With regard to long-term plans, Cserpes says he would not like the company to grow too much more in size, but he still sees potential for volume growth.