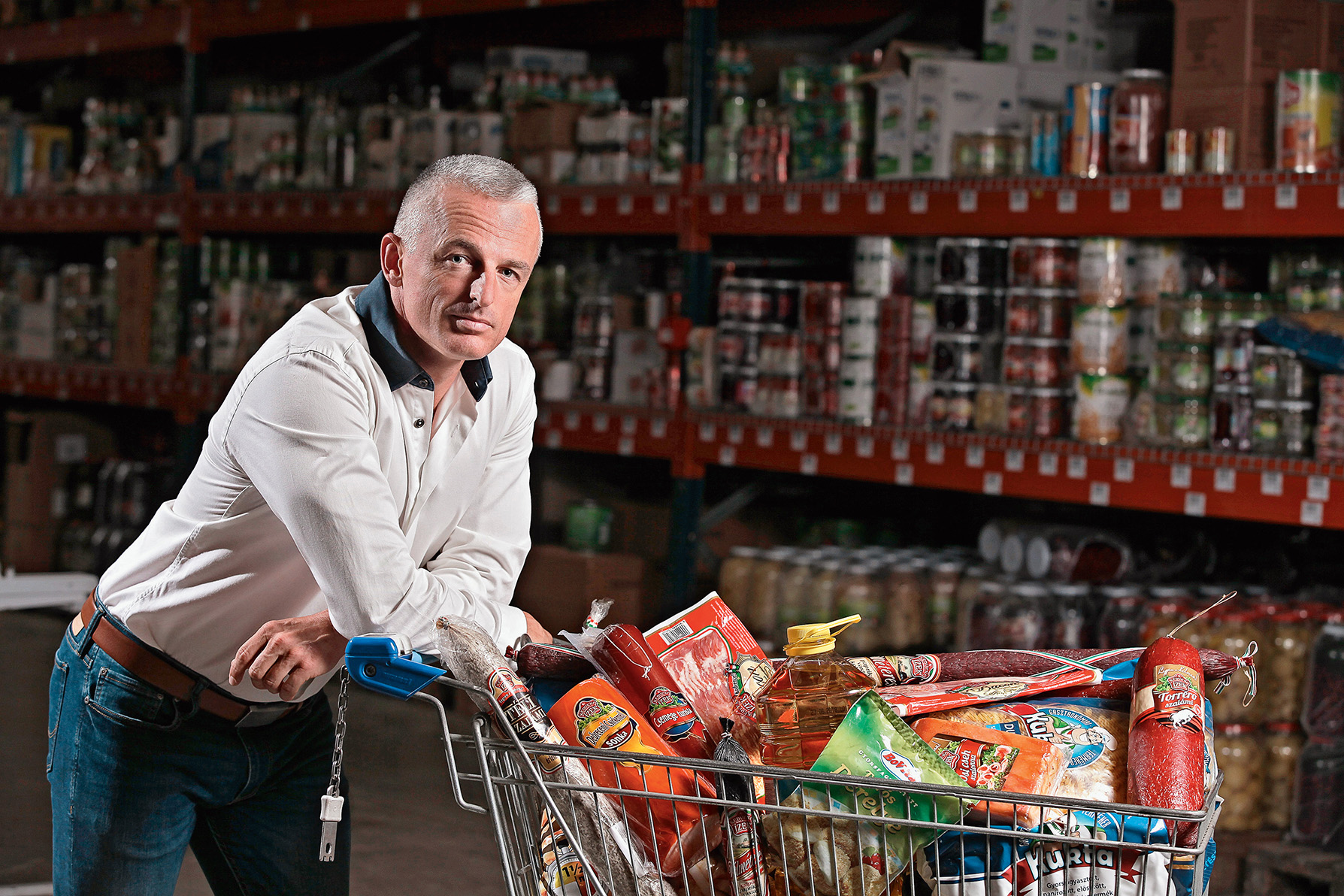 They went from a small grocery store in Gyöngyös to a major company supplying several counties with a sales revenue of over 11 billion forints and a staff of 200.

“Our company has been going for one and a half generations”, explains the managing director of Kedvenc-JM Llc., Róbert Jakab. The company was founded by his parents as a small grocery store in Gyöngyös in 1990. That’s when the name of the business was also invented, inspired by a regular customer.  “It’s obvious. This grocery store is the local’s favourite (‘kedvenc’ in Hungarian)”, he said. That’s how it became and remained the name of the company that today is engaged in food wholesale.

The business was the distributor and brand representative of the biggest meat producer at the time, which supplied 5 counties. Back then, the market was dominated by demand, unlike today’s which is guided by supply. It’s therefore no surprise that Kedvenc-JM invented a special distribution method: they turned food trucks into mobile wholesale vendors. This lasted until 2005 when the whole meat industry went bust, resulting in an 80% drop in the company’s overall turnover. Another business might have thrown in the towel, but not Kedvenc. They changed commercial strategy instead with the help of a company in Debrecen, which is now an affiliate. The goal was to create a market group to provide higher standards of service and a wider range of products to their partners.

In 2008, they moved from a small freeze storage facility in Nagyréde to their 10,000 square meter headquarters in Gyöngyös which is equipped with a 6,000 square meter cold store that complies with the latest EU standards. That’s when the financial crisis hit. “What do you do if your suitcase gets thrown out of the train? You jump right after it, because it contains all your possessions, as my grandfather would say”, recounts Jakab. “We were not simply playing for survival. We wanted to use it to our advantage”, he adds. So they started developing, and thanks to a good business plan, management and staff managed to increase their revenue by an average of one billion forints every year. “Our developments were always geared towards the bottleneck, towards the obstacles to further growth”, he said. This could include expanding cold store capacity or upgrading the vehicle fleet. The introduction of the SAP system in 2009 represented one such move.

Kedvenc-JM is a member and owner of Mirbest, one of the largest food companies on the Hungarian market with 23 thousand delivery points, a staff of 1,400, a turnover of 125 thousand tonnes and three nationally renowned Hungarian brands: Kukta, Bovita and Kedvenc Ízek.

“Today, we buy food from all over the world, from Argentinian hake to Chinese garlic. 12,000 million kilograms of poultry a year, 100,000 kilograms of pork a week or 30,500 tons of deep frozen food a year is deemed a substantial amount, enough to provide a reliable base for our partners whether it’s a restaurant or hotel chain, a retail chain or a festival business. The corporate group can supply every corner of the country with consistently high-quality products”, says Jakab.

In Hungary, prices and product selection are significantly affected by global developments. For example, if a province in China that previously did not consume pork starts buying it, this will result in a shortage for several months in Europe. “You have to respond very quickly to these situations, and you need precise systems and great staff”, the managing director explains.

This means that in addition to development and expansion, the importance of employees should not be forgotten. “In my experience, most people have two major issues with their jobs: first, a lack of sufficient information about their company’s goals, and second, a lack of objective feedback about their work. By addressing both issues, you can secure their dedication and facilitate growth”, says Jakab, highlighting one of the cornerstones of his business philosophy.