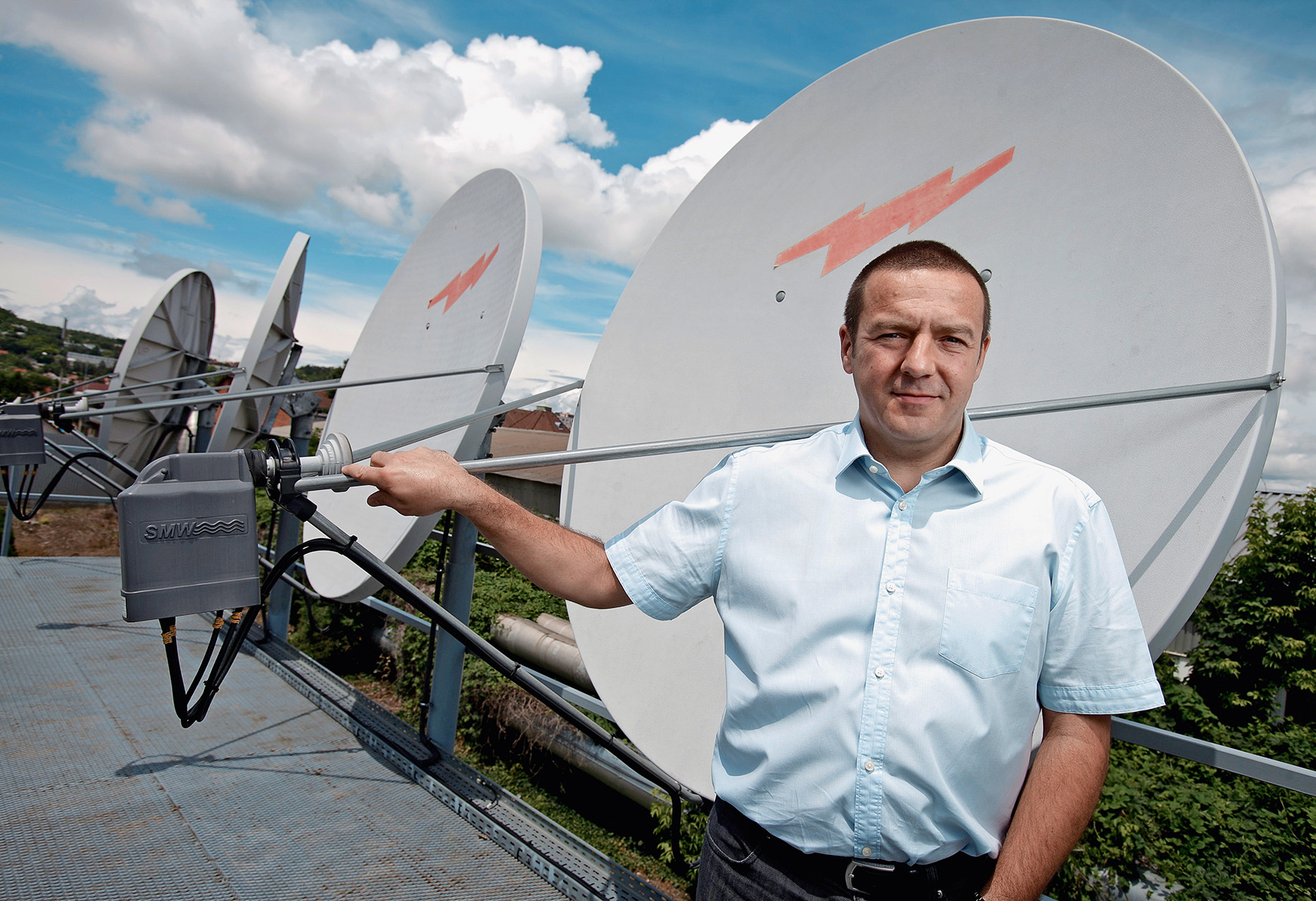 The Tarr family started out by installing antennas in the Szekszárd area, and then built up increasingly larger networks. This Hungarian-owned telecommunications business is now active in eight counties and has an increasingly significant market presence.

“The operations of Tarr Llc. date way back to 1978-79”, explained owner and CEO János Tarr. “My father was a TV and radio technician, and worked in Báta installing antennas. As surprising as it may sound, the geographical situation form the foundation of the business, given that the area is surrounded by hills which interfere with broadcasting signals. One of the company’s first jobs was to find a solution for signal reception for an entire housing estate. We built an entire system with antennas and cables, at that time still just as a side line.” Meanwhile, Tarr’s father was still working a day job at a TV factory.

There was great demand for the company’s services, and so in 1979 they used the same system in Szekszárd and Dombóvár, in a modernised version. Naturally, they built the antennas, headends and other components themselves, at their family business.

Tarr had been helping his parents since he was ten. At that time, colour TV became widespread, and more and more households required antenna systems. 1985 marked the first milestone in their history, when satellite television was first introduced in Hungary with three channels. This meant that in addition to implementing new structures, they also had to start modernising the old ones. For example in Szekszárd, there was a spot where Austrian TV channels could also be accessed using the Tarr family’s system, which was considered a rare treat at the time.

As the legislative background was changing continuously, the family tried out many different forms of business organisations, from small cooperative to sole proprietorship. At the time, there was no market competition in its current sense to speak of, and they had a huge amount of orders, serving 8,000 to 10,000 households.

Due to the large number of orders and developments, their staff increased as well from a few dozen in the 1990s to 264 today.

Tarr Llc. itself was founded in 1990. At that time, they had systems built up in 24 towns, nearly 24,000 TV clients and already 24 employees according to János Tarr, who has been leading the company since his father’s death in 2002.

It was in 1997 in Szekszárd that the company first launched its Internet services, while web-based telephony (VoIP) was first added to its portfolio in 2007, along with digital high-definition television (HDTV).

As a result, they reached the 100,000 customers mark in 2009, and increased it further with the integration of nearly 35,000 subscribers from Zelka Zrt., based in Zalaegerszeg, into the Tarr Llc. network in this same year.

They now serve 300 towns in eight counties (Bács-Kiskun, Baranya, Fejér, Tolna, Somogy, Veszprém, Vas and Zala), offering services to both individual and business customers. They have 14 digital cable TV packages with 130 channels, with the combination package – which includes cable TV, telephone, and Internet – being the most popular one.

They now use their own considerable infrastructure and have 17 customer service outlets.

They also used EU funds to finance their expansion. For the grant projects that were completed last year, they have received nearly HUF 636 million in grants so far, and also won a further HUF 1,551 billion as part of an economic development programme (GINOP).

To return to the technical parameters: the average daily data download and upload is 202 and 57.42 terabytes, respectively, corresponding to roughly 124 webpages loaded or 29,000 hours of full HD video viewing. In order to supply all of these needs, they operate huge server rooms with all the latest technology.

Their advantage over their main competitors lies in their speed: they are fast to provide on-site troubleshooting, and work even holidays.

The company was also heavily affected by the 2008 crisis. They needed to come up with new structures, which entailed making many tough decisions, such as doing a lot of jobs themselves instead of through subcontractors, which turned out to be a good choice. As highly trained and versatile technicians are hard to find, they mostly train their workers themselves. They even have their own teaching room for this purpose, but also contracts with vocational schools. Besides training their staff, they also focus on retention by offering competitive salaries.

Tarr still plays an active part in the company today. In addition to his basic training as an electronics, TV and radio technician, he also holds a degree in engineering from the Telecommunications Technical College, and has a technical designer permit as well.

And finally, the company takes an active part in public life, for example by sponsoring the Atomerőmű KSC basketball team, Szekszárd’s only national league sporting association.