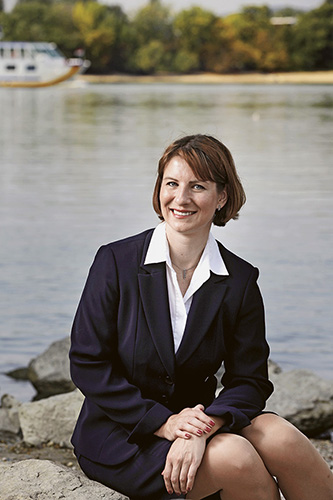 The Nagykanizsa-based company builds on the most cherished traditions of the Hungarian water industry, engaging also at an international level.

The company that started out from a hired garage could very well be an exemplary model for start-ups. It was founded during the regime change by Ferenc Borsos, Ottó Marschner, István Nándori and György Papócsi, all of whom had been previously employed by Nagykanizsai Finommechanikai Vállalat, a state-owned company producing and selling systems for water treatment within the East Central European region. At first, they applied ion exchange technology, only to be replaced by membrane technology around 1995. This is their main technological direction also today. What came to support their development is that they undertook duties which required a higher degree of creative problem solving and entailed more risk. Correspondingly, they obtained a great deal of experience in various fields of water treatment, including potable water, thermal water, pool water, technological and high-clarity water, as well as industrial sewage water.

Another special technology which often appears in Hidrofilt’s water treatment systems is membrane degasification. This procedure allows for the elimination of dissolved gases from water, such as oxygen, carbon dioxide or ammonia, with only a minimum space and energy demand. This method is almost uniquely offered by Hidrofilt, while boasting such references as big pharma and the nuclear power plant in Paks.

Their containerised mobile water treatment system has recently proved to be a big hit, for which Hidrofilt has developed special expertise. Currently, they offer a range of 40 products to customers, which may be commissioned within two-three weeks. It may be considered as a competitive advantage that 80 percent of all equipment is tailored to the specific order – nothing in this market is made in serial production.

In recent years, the company has made its way in to new areas: their export activity has begun. 15-30 percent of today’s turnover is derived from international sales. Besides the neighbouring countries, their products are also present in Laos, Nigeria, the United Arab Emirates, Kazakhstan and Mexico. One of their largest projects is the reconstruction of the tap water treatment system of Colombo, capital of Sri Lanka. The joint work which has been going on for two years now, has brought about a change of organisational culture. The English proficiency of their engineers and technicians has greatly improved; they have got used to working abroad for months at a time and they are beginning to feel at ease in the international environment. Generally speaking, Hidrofilt is still a family business today. The partners and several of their family members work in the company, while it is not unusual to have relatives among employees. This provides stabil ity to the business. There are currently 130 people employed at the company – their average age is 37-38 years. Another 20 people work for affiliated companies, thus making a total headcount of 150. Due to their solid financial background, Hidrofilt does not really need external financing. It was not until lately that they contacted their bank. At present, they are upgrading their location in Nagykanizsa, while a new office and a warehouse is under construction in Érd – for that purpose they had to borrow 600 million forints.

The business is in the centre of the owners’ lives. ‘It is not the money that drives them, instead finding new challenges. The sheer joy of creating something new is their major source of motivation,’ explains Krisztina Borsos managing director. The development of the company has always been their utmost priority, therefore, they have paid out only a moderate amount of dividends. Several well-known companies have made offers for the business. Even though the partners appreciated that the outcome of their work has been so highly esteemed, they did not take the offers. In a joint future-oriented effort with the University of Pannonia, they have established the Soós Ernő Research Centre for Water Technology duly funded by the city council of Nagykanizsa. In partnership with the university, they foster the education of future engineers as part of dual and specialised training programmes.